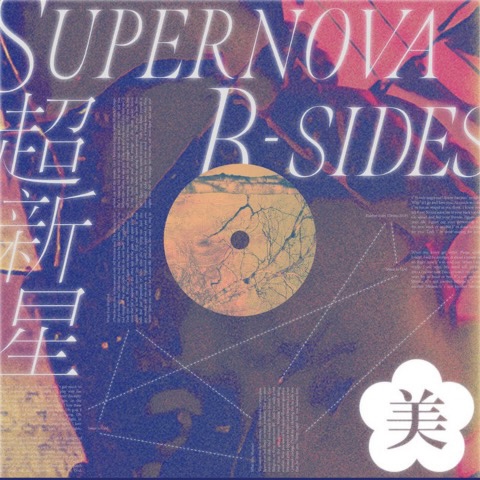 Mei is a 23-year-old talent who I continue to bring to the Early Rising page and will continue to bring time and time again. Why you might ask? Well, as long as he continues to bring forward compelling narratives and soulful ballads, I’ll continue to share them as best as I can. From his most recent release, a full-length project titled Supernova, we were exposed to a more than promising debut from the talented indie R&B act. Luckily, it doesn’t end quite yet, this past week Mei released the B-sides from this record for the public to enjoy. An EP titled, Supernova: B-Sides, wraps up the Supernova era with three new tracks and a raw demo release.

To get straight to it, these tracks are anything but throwaways. Not your typical B-sides release, each new piece of music we get from this record is just as complete and heartfelt as the initial project. My favorite track on this release has to be the second on the EP, “Outcast.” This song has all of the features that highlight Mei as such a promising artist. The record is confessional and narrative-based and when accompanied by soothing vocal harmonies and a passionate lead vocal, it is truly impossible to beat. Musically, the track is centered on gentle keys and wide yet soft drums that fill the mix. This stripped-back and relatively minimal production allows Mei’s vocals to dominate and shine for the entire 3 minutes and 19 seconds.

I could rave about the vocal performance and production decisions but what shines most clearly on this track is the songwriting. With a clear emphasis on the track’s namesake, “Outcast”, Mei writes an honest record dedicated to feelings of change, loneliness, and regret. The emotional grit on the vocal compliments the cutting themes and harm this record brings forward. Simple lines such as, “I can’t sleep in as I used to” or “my baby brother don’t recognize me anymore,” highlight the young talent’s ability to capture raw emotion through minimal imagery.

The EP shines beyond “Outcast” with moments on “What You Wanted”, “Swear to God”, and “Rubber Soles – Demo 2018”. In “What You Wanted” Mei’s storytelling abilities reach a new height. With only a few jazzy chords, Mei tells an entire story of the young and lost life of a girl navigating through Los Angeles youth. From a long-distance romance to a longing for a career as a dancer, Mei creates a vivid character that feels as real as his vocals are rich.

For the entirety of this EP, the most compelling quality has to be the more raw nature of each track. Every single track highlights a special element of the young songwriter’s creative repertoire. Supernova was sure to be a difficult project to follow up but if these B-sides are an indicator of what is to come next, I continue to see a promising future for the best writer in the upcoming music scene. At this point, I’m begging you, tap into Mei’s discography and catch this wonderful art in its earliest stages.