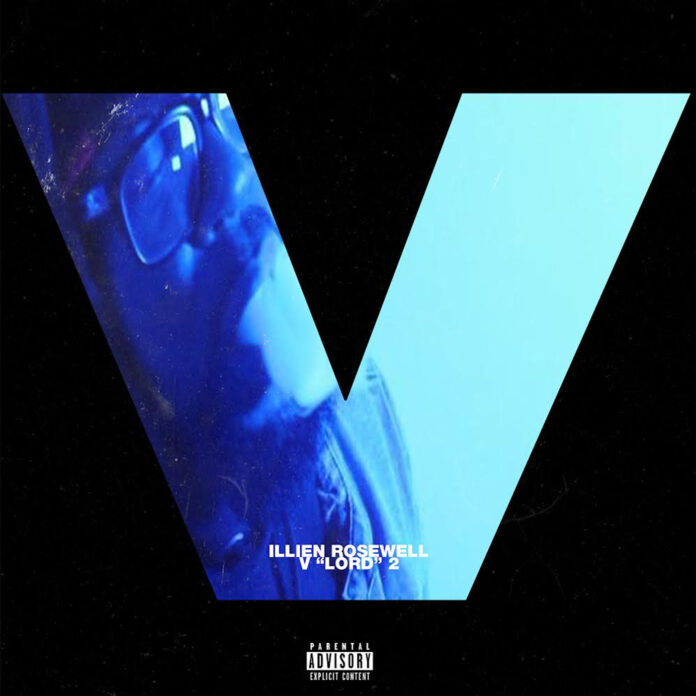 If you’re looking for an artist that is super low-key, but gives off the aura of an O.G., look no further than artist and producer, Illien Rosewell. I’ve known of Rosewell’s music for probably six months at this point and have always thought highly of his production and ability to spit, but his new EP, “V “LORD” 2”, was a project that I couldn’t pass on writing about. There is something inherently special about the music that Rosewell makes. Not only does his sampling ability compete with some of the best self-produced artists right now (note that not all of his records are self-produced), but his vocal delivery is really what I believe sends his music over the top. There is something about his voice that commands respect from anyone in the room. Comparison-wise, if you listen to Action Bronson, Freddie Gibbs, Busta Rhymes or Flatbush Zombies, I think you will really like Illien Rosewell.

From top to bottom, Illien Rosewell’s, “V “LORD” 2”, EP impresses without question. Full with all types of different vibes, the EP could be played on repeat in just about any setting, but I’ve preferred bumping the tracks through the neighborhood or even while working out. Most of the project’s content is high-intensity smoker music that definitely fits a niche of listeners who could really create a cult following for Rosewell if the right eyes get on him. Inspired by the production styles of legends such as Jay Dilla, Rosewell’s production is flawless throughout the whole project. Some of my personal favorites off the EP include, “Norview Heights Intro”, “The V Calling”, and “The Climate”. Note that all three of these have been on repeat for me.

Illien Rosewell is yet another talented up-and-coming act out of the 757 area in Virginia. With artists such as Illien Rosewell, Al-Doms, and Khi Infinite, there is once again a lot to be excited about in the music scene there. Having been a breeding ground for unprecedented talent (Pharrell, Pusha T, Timbaland, Missy Elliott, etc) in the past, I believe that something is brewing in the 757 and Norfolk’s Illien Rosewell is yet another example of what I’m talking about. If you haven’t already, make sure to go preview this one on DSPs using the Spotify link below and also watch the music video for his record, “The Climate”.

About two weeks ago, I was recommended by a fellow writer to check out an artist named GOM that I am excited...
Read more
ReviewsProjectsSongs