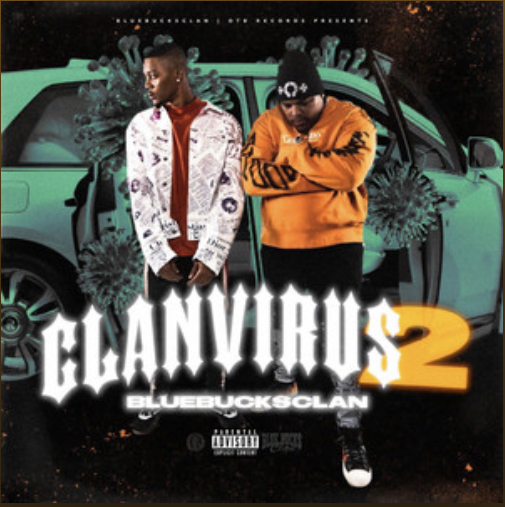 Continuing to climb their way to the top of the West Coast Rap scene, Los Angeles rap duo BlueBucksClan unleashes a new video for their midtempo Loyalty-produced track, “Different Levels,” out now via Out The Blue Records.

The track stands out as yet another hit from the group’s recent mixtape, Clan Virus 2, which is continuing to gain steam. A braggadocious anthem, the song features boastful verses from both DJ and Jeeezy. The rappers pass off a catchy flow over the West Coast-esque beat sporting a vibe of swagger and confidence.

The visual directed by frequent collaborator Tevo Laron, shows the duo turning up in a private plane, flossing a lavish lifestyle and flexing with bulletproof bars in true BluckBucksClan fashion. As the video displays footage inside and out of an upscale restaurant, their palpable charisma and suave pops off the screen. Clan Virus 2 has cemented the duo as a West Coast force to be reckoned with.

Go stream “Different Levels” off of BlueBucksClan latest project Clan Virus 2 and check out the accompanying music video on YouTube.

About two weeks ago, I was recommended by a fellow writer to check out an artist named GOM that I am excited...
Read more
ReviewsVideos

Liam Clementshttp://linktr.ee/liambclements
18 year old Writer and Producer from Chicago, Illinois.
Previous articlecityboymoe / city on fire
Next articleMulherin / Dance With You