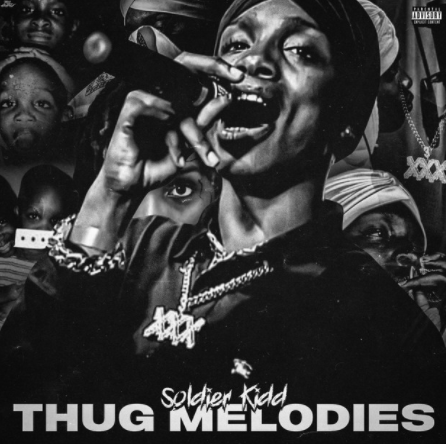 Florida is currently home to the hottest rap scene in the game. It almost feels as if every other week, a new rapper out of the southern state goes viral for a hit song. We’ve already seen this multiple times this year with artists like Yungeen Aceand SpotemGottem, who both became viral sensations with with the help of Tik Tok trends and catchy bars. Although it may seem like a recurring theme, not all rappers from the sunshine state can catch lucky breaks. Luckily for us, Soldier Kiddoutlines the struggles for what it’s like trying to make it out on “Thug Paradise 2” while still managing to make a trap-infused hit.

There are some songs that capture the Florida essence better than others and Soldier Kidd’s “Thug Paradise 2” is just that. Showing homage to Coolio’s “Gangstas Paradise”, Kidd sings the chorus with such rich emotion that his voice remains in your head hours later. Aside from the chorus, Soldier Kidd hits a flow that is complemented perfectly by the solo guitar in the background, bringing the Florida track full circle.

New to some, but known by many, Soldier Kidd is a Florida veteran at this point. Coming in at the ripe age of 20, the Miami artist is young in the game but carries himself as if he’s been in the league for years. With that type of mentality, I’m sure we’ll see Soldier Kidd pop up more frequently as he starts to hit his stride.