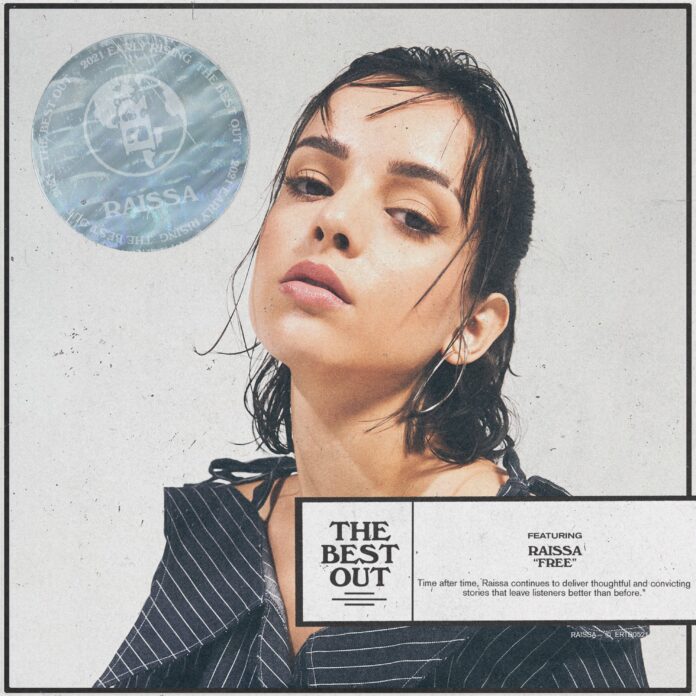 I never used to watch music videos.  Something about the YouTube rabbit hole always turned me off in terms of music discovery.  Thankfully, I’ve met music fanatics during the past couple years who all share an obsession with visually appealing content. These are the individuals who introduced me to the complex and intoxicating world of music videos.  Up until that point, I only consumed half of the music, I never got to put a face to the sound, and in turn, I wasn’t able to fully understand the story behind every record I listened to.  I’m glad that my consumption routine changed because without this paradigm shift, I would have never caught on to rising artists like Raissa whose visual content is as important to her project as the music itself.

A few weeks ago, the rising British artist released “Free” accompanied by a music video that teleports you to an entirely different dimension.  Produced by Nate Donmoyer, “Free” could be the soundtrack to fuel a multitude of situations, serve as the anthem for conflicted youth, or just be the confidence booster to brighten your day.

The music video, directed by Clyde Munroe with creative direction by Brigitte Crisp demonstrates exactly how a music video can make a record jump out of the screen and become a living figment of your imagination.  Every time I watch, I’m finding new ways to peel back the layers that bring this video to life.  From the angles to the textures and the incredible manipulation and usage of lighting, this music video adds another dimension to Raissa that truly makes her stand out from the pack.

From a sonic perspective, Raissa is an artist who sees into the future.  I truly believe that she is heralding a new era in popular music and this video is the perfect illustration to understand why. Watch below!

I first wrote about artist/producer Noah Nockles earlier this year when I began writing for Early Rising. I was initially captivated by...
Read more
Home FeatureReviewsRising Release