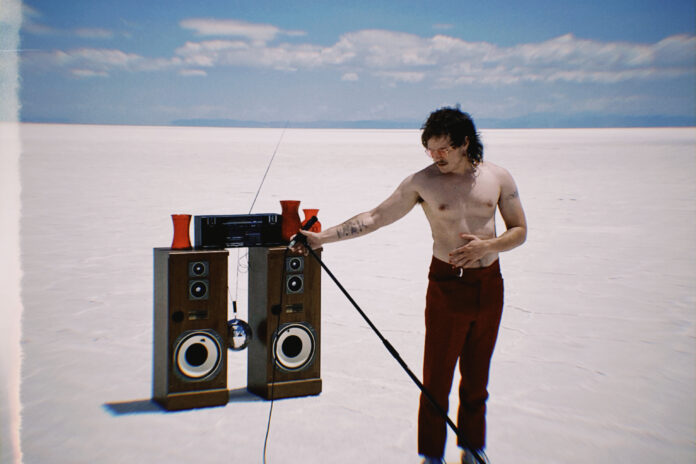 As we’re deep into 2021, we’re beginning to see those who debuted during the pandemic either flourish and make some significant moves, or completely dig themselves a hole in which they’ll struggle to get out of. For the 25-year-old out of Utah, it’s just the beginning of something great. With so many exciting things coming this year, including playing along side artists like Pinegrove, Remi Wolf, Goth Babe, Sofía Valdés, and more at the 2021 Underground Music Showcase, future.exboyfriend is ready to take the industry by storm with his brand new single “Uhhh”.

“Writing Uhhh was largely inspired by the feeling of disassociation. Especially this last year, it was easy to wake up and feel like nothing was actually real. I spent a lot of time living in a daze. I think the reason this song is so in your face compared to my other tracks is I was really aiming for something to kick me out of those dazed moments. I wrote this song really quickly, I had just picked up a new envelope filter from a friend of mine and the first thing I played when I was trying the pedal out was the Bass riff of this song. I pretty quickly got a demo put together in logic and then sat on it for a while. I honestly had kind of forgotten about it and rediscovered it when I was going through my demos one day. I knew it was missing something but I wasn’t quite sure what it was. A couple of weeks later I had Josh Arena come over and play drums on it and it all just kinda clicked after that.”

future.exboyfriend’s vocals are so distinct, the moment a track of his comes up on any playlist, you can pinpoint his song without having to check twice. Self-produced, he’s hindered full control of who he is and what he wants to sound like. Punchy drums, high pitched vocals, spacey guitar tones, future.exboyfriend is a pioneer of a blossoming genre that may just stay unmatched.

Check out future.exboyfriend’s latest single below!