Your Grandparents / Thru My Window 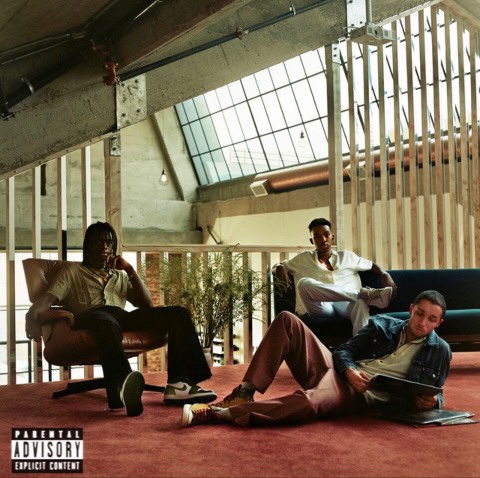 A few weeks ago I had the privilege of writing a few words for a track called, “Sunlight” from the Los Angeles-based trio, Your Grandparents. The single was one of the best I’ve heard in the scene of budding talent this past year. The group clearly showcased their propensity to carve their own sound and entirely own the jazzy, nostalgic, groovy, and sensual sounds they so clearly admire. Naturally, this record got me more than excited for their upcoming record, as it was simply the leading single.

Just last night, the excitement culminated into a tangible admiration, and now I can confirm I am a bonafide superfan. In the heat of the summer comes the group’s full-length LP, Thru My Window. The record features 10 tracks and runs just over 34 minutes, all of which are full of diverse and masterful moments that will have you moving and bopping, often times thinking of that special someone. Thru My Window is golden, sensual, rhythmic, groovy, and most likely one of the most complete projects coming from the independent music scene.

Whether it be singing a smoother-than-butter hook or spitting a verse with a gritty edge, there is no downtime for this project. Tracks such as “Sunlight” (the leading single), “Comfortable”, and “Intoxicated” fill the middle section of the record with the subdued nostalgic sounds of funk that will have you swooning. Specifically with “Comfortable,” you will fade into the summertime dreamscape the group creates and wishing to fall into the pastel afternoon with a lover. The vocals are gentle and sweet, complemented by dreamy adlibbing harmonies, and a thudding bassline.

Alternatively tracks such as “Red Room” introduce a new kind of edge I have yet to see from the eclectic trio of Angelinos. With hints of the lo-fi sounds of Steve Lacy, this track is the perfect moment for fans of contemporary indie R&B all over. From the exciting call and response moments to the, once again, banging bassline and exciting falsetto hits, this track does not miss for even a second. Most importantly, however, this track showcases the group’s ability to mix up their sound and keeps the LP changing pace throughout its runtime.

I’d break down this record to its core if I had the words to do so but what makes the most sense can be captured in a mere sentence. Your Grandparents are the most exciting musical act coming up right now. Their propensity to capture old-time sensations of bounce and melody are second-to-none but they continue to make their sound their own with each release. From the pastel visuals gracing each Spotify visual to the cover itself, to, obviously, the music, these three cannot go wrong. If you don’t believe me, check it out for yourself at the link below and fall in love with the summertime with Thru My Window.