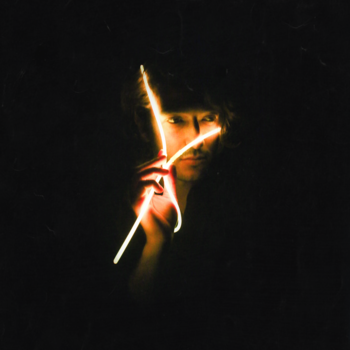 Do you know anyone who seems like they could do it all? If not, let me quickly introduce you to Daniel Loumpouridis. With an extensive list of titles to his name—electronic producer, songwriter, mixing engineer, musical director, arranger, and artist—Los Angeles based Daniel Loumpouridis is a beast in his field. I don’t often take enough time to get into the full details of how songs came to be, looking into the writers and producers of the work for example. So I was enthused to find out that Daniel was a co-writer and co-producer for “It’s Strange (ft. K.Flay)” by Louis The Child. Did I mention that it’s a gold record? Did I also mention that Daniel produced a work of that nature at just 17 years old?

Daniel is back with his newest release “UDGAF,” a preface to his upcoming project, “U, Us.” A believer in the fact that music is meant to be a collaborative process, alongside healing, “UDGAF” wraps both into one. The three track EP features the leading track, “U Don’t Give a F*ck,” which is entirely self-recorded, performed, and produced by Daniel himself. Lyrically improvised, the lead track conveys the raw, organic feeling of pain. Because music is believed to be a collaborative process, it is only right that he brings on two of his confidantes onto the EP with “U Really Dont Give a F*ck” (holymountain remix) and “udgaf” (Hunjiya version). Describing the collaborations between the holymountain remix, and Hunjiya, Daniel says “both of them are constantly flipping my preconceptions of what music ‘should be.’ It was a genuine honor to have them involved in this project.” Sharing his admiration for the two collaborators, he expressed that “they’re two of [his] favorite up and coming producers in the game right now.”

When asked how listeners should consume the EP, Daniel says “it’s a fun listen all the way through! You really get to hear the emotional concept as three different songs, and the contrast between them really starts to stand out.” Personally, I loved hearing the artistic differences between the three, and how each did something unique, yet fitting to themselves as artists, to the track.

Ahead of the release of “U, Us,” Daniel acknowledges that the project shows the duality of healing, the first half, “U,” being written, produced, performed, and mixed by Daniel, described as “a reflection on grief and the solo part of the healing process.” The second half, “Us”, are the same songs reinterpreted by Daniel’s chosen family. He says that “it’s about learning to let other people into your life in order to properly heal.”

“UDGAF,” a divine 3-piece EP showcases the beauty of collaborative efforts on a project, and the trust we place in others with something meaningful to ourselves. Listen to the “sad boi indie pop banger” down below and let me know your thoughts, as well as your favorite track!

Georgee is an artist who not many people know about now, but by the end of this week, I predict that will...
Read more
ReviewsProjects