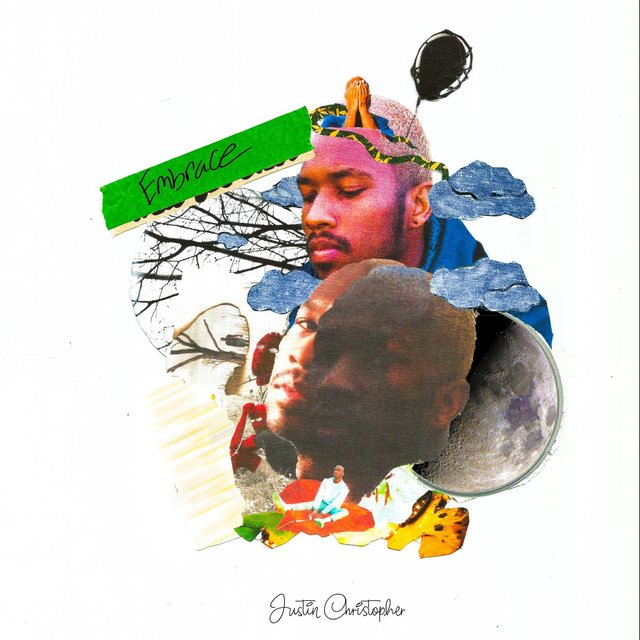 I will always have an appreciation for the hip-hop genre due to its innate storytelling element; by channelling personal experiences into narratives, rappers have the capability to flip perspectives and challenge preconceived notions of the genre. Dallas-based artist and storyteller, Justin Christopher, is no exception. I am excited to be sharing his latest release, “Embrace,” with Early Rising’s readers!

“Embrace” is not about finding the light at the end of the tunnel, but instead, creating your own light within the darkness. Through his lyricism, Justin Christopher encourages the listener to embrace the absurdity of life, no matter how mundane (or complex) it may be. Throughout the track, he cites personal examples of “embracing absurdity” such as finding gratitude at the funeral, or bombing a hill and instead sliding down his back. Justin Christopher’s wordplay and flow are equally as engaging as they are versatile, keeping the listener intrigued and wanting more.

Justin Christopher elaborates on the inspiration for “Embrace”:

“There was a month and a half span here in the DFW, where the sky closed in on us and it just poured everything it must have been holding back since last march. Initially the rain slowed things down. I noticed less people out, traffic wasn’t as dense, you could peek out your window and not spot a single leash or hear any kids playing. It was kind of depressing, but in a cathartic way. I felt like we all were going through this biblical-like storm together, and after a while people just accepted it and assimilated. Kids refused to get their summer drowned out, traffic picked back up, people weirdly started turning their sprinklers back on, it was a new normal. The main inspiration for the song started to ferment from then, but the language to express it didn’t come until I embraced the rain myself.”

The track’s production is what I imagine a Kraftwerk and MF DOOM collaboration to sound like: colorfully complex. An 80s inspired synth-pop beat adorned with a drum machine and futuristic keys creates a warm and dazzling atmosphere to accompany Justin Christopher’s vocals.

Described as existing somewhere between “an enigma and life long friend,” Justin Christopher is truly one of a kind. Stream “Embrace” below!