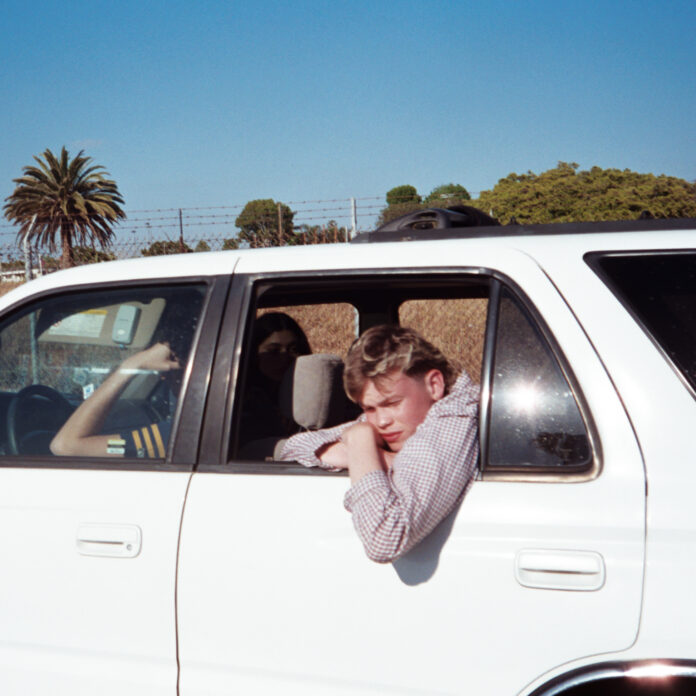 The older I grow, the more I am beginning to understand the importance of cherishing time with my loved ones and appreciating moments for what they are, no matter how big or small. Today, 20-year-old indie artist, carwash, released his single “racetrack” — a song about life’s fleeting moments, shortly before they turn into wistful memories.

The most special connections are the kind where just being in the presence of one another is simply enough. It doesn’t matter what you are doing; something as seemingly monotonous as sitting in a car in an empty parking lot, or in Carwash’s case, circling around the neighborhood, guarantees a memorable time, because all that matters is you are sharing that time with each other. Carwash’s lyricism is direct and honest, as he sings: There’s like 1000 better things we could do right now / Than just howl at the moon after hours / Let’s imagine that my car is a spaceship / That could fly as far away from facing it.

On the release of “racetrack,” carwash shares: “There is an unspoken, very special bond about being able to waste time with someone. ‘racetrack’ is about that connection, a friendship where you can do absolutely nothing all day, but feel so comforted, so at ease. I spent so many days lying around my friends’ rooms trying to figure out something to do. We always eventually hop in the car and lap neighborhoods, driving in circles. That’s where the title ‘racetrack’ comes from, laps and laps around the same streets. While at the surface it seems so mundane, driving around has become the space where conversation naturally reveals itself. We become more vulnerable. We choose the music we want to hear, we show each other albums the other hasn’t heard, we stall the world.”

Carwash is one of the several musical aliases of Garrett Seamans, a San Diego-based artist and creative who also makes music under Postcard Boy. Carwash offers a unique blend of sounds that makes life feel more like a movie, and I can’t wait to hear what’s next.