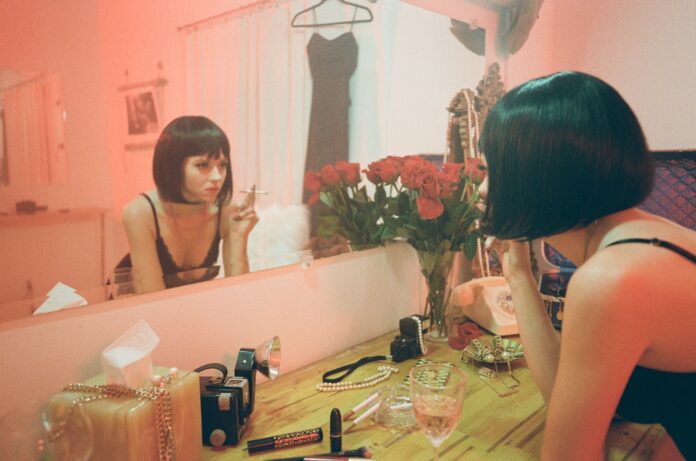 Maybe Seint Monet isn’t a name you’re quite familiar with just yet. But, with her latest release, I can assure you that’s about to change. The New Jersey native is creating a universe around her peerless sound that’s bound to stop you in your tracks. Her aesthetic is a refreshing taste you can only get from the most forward thinking artists. With that, I’m extremely excited to premiere her latest track, Golden.

Relocating to Nashville, Seint Monet is quickly making moves down south. Since her 2020 debut EP Bloom, Seint Monet has seen tremendous growth. While writing and recording her 8 song EP, one of the songs that didn’t make the cut is her most recent release Golden. A song that undoubtedly stood out from the rest, but didn’t seem to fit the vibe of the EP itself. A song worth waiting to release, Seint Monet finally felt as if it’s the perfect time to show the world this track.

“None of my listeners know this, but ‘Golden’ was written at the retreat I hosted for the ‘Bloom’ EP. We spent three days writing some great songs, and ‘Golden’ really stuck out to me as its own sound separate from the EP. I’m really interested to see how people respond to this type of music.”

Testing the waters, Seint Monet takes a leap into a new sound with Golden. Pulling inspiration from artists like Prince, Thundercat, and Dua Lipa, you can hear experimental approaches. From funky basslines to intricate drumming patterns, Seint Monet is honing in on a new sound to really call her own. The production behind the track is truly flawless and accompanies the all around aesthetic perfectly. It’s really safe to say that Seint Monet is breaking new ground with Golden and I’m eager to hear what’s next for the emerging artist out of Nashville.

Check out Golden below!

South Dakota native and Nashville based singer-songwriter Tiffany Johnson, is the creator of an incredible, catchy, and relatable track that has been...
Read more
ReviewsPremieresSongs