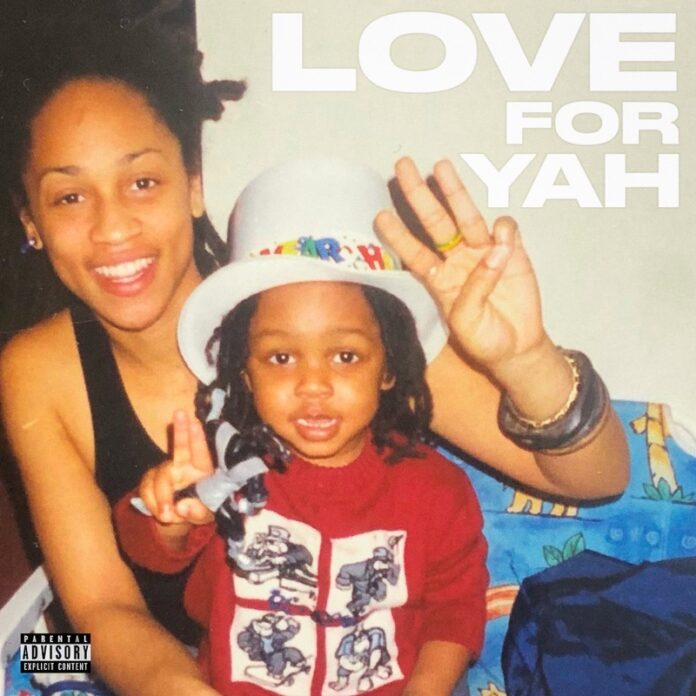 Not too often will you come across an artist with as much raw talent and versatility as the 20-year-old Virginia Beach up-and-comer, Khi Infinite. After landing some respectable editorial love on his last release, “EASE”, back in mid-July (Spotify’s “Fresh Finds: Hip-Hop” and “Summer Breakouts” playlists), Infinite sets his sights on building up even more momentum heading into the release of his debut EP, with his newest offering, “LOVE FOR YAH”. While stylistically different than his previous three singles, “LOVE FOR YAH”, showcases a unique side of Infinite’s artistry by shifting away from his more traditional alternative-pop and commercial rap sounds exemplified in “DEEP END” and “EASE”, and into a more laid-back alternative Hip-Hop and R&B sound. As his release schedule continues to pick up, tastemakers will hear a variety of sounds on full display from Infinite who’s budding versatility is proving that the young artist from Virginia is not just experimenting, but evolving.

After initially creating the idea for “LOVE FOR YAH” back in early 2020 over some simple drums and a guitar loop, Infinite proposed the idea of recreating the song with some of his talented producer friends, David Schaeman and Orion Meshorer, while at the end of a lengthy month and a half long work trip to Los Angeles a few months back. It’s not everyday that you stumble upon a demo with so much potential, but when Infinite, Schaeman, and Meshorer were searching through old phone demos and found “LOVE FOR YAH”, they all knew that what they heard could be special. Throughout the session, which Infinite admits he may have shed a few tears during, the energy of the room was full of powerful emotions and excitement. Although Infinite has never been one to shy away from touching on difficult subject matters to talk about, “LOVE FOR YAH”, hits home in a way that most of his recent releases have not. After spending months out in LA, “LOVE FOR YAH”, takes Infinite back to his roots and reflects on how he was feeling at the time – homesick and alone. Speaking on the story behind the song, Infinite said:

“It’s a relatable message of feeling the need to tell the ones you love most that you are there for them and no distance is going to change that. I originally wrote this song during a time of great change and needed a way to express how I was feeling. Even though things were moving in the right direction for me professionally, I felt really disconnected from my family back home and I wanted to find a way to tell them that. Luckily, I am a musician and so I put all of what I was feeling into a song.”

Accompanying the release of “LOVE FOR YAH” on DSPs, Infinite will be dropping the “LOVE FOR YAH” Official Music Video on Friday, August 27th. As an artist known for his emphasis on visual direction and creativity, Infinite continues to elevate his creative portfolio with the unveiling of the video. Filmed in and around his home in Virginia with his video team at Mad Street Films, the video was meant to tell the story of the song while also bringing together all the people closest to him in his community (friends and family) who have supported him along the way and helped him get to where he is today. With shots of his mother and brother in the video, there is no question that this video has quite a bit of sentimental meaning behind it for Infinite. I’ve included both the song and video below so check them out and let us know what you think!