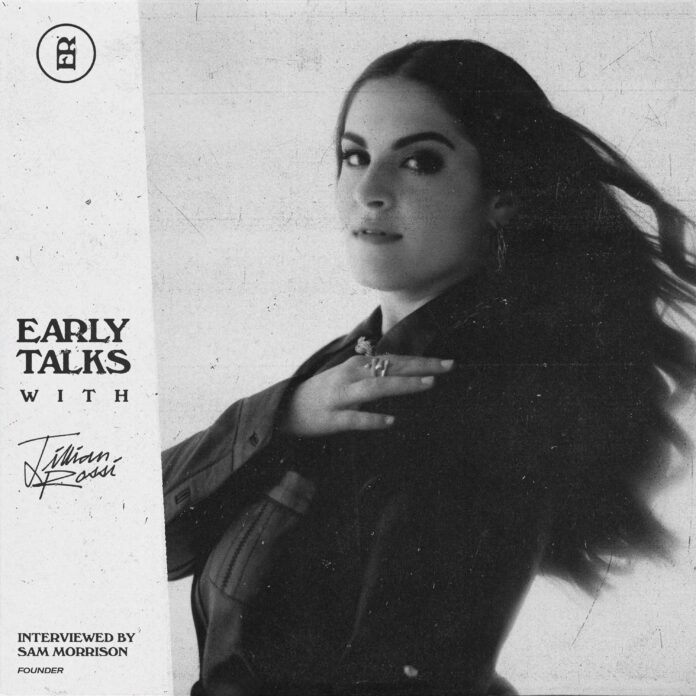 If you’ve spent regular time on tik tok, then odds are you’ve stumbled on Jillian Rossi’s face as she’s been charismatically sharing her art all over the platform. Needless to say, it’s been working as this up and coming artist has had several viral moments in the year alone, which has drawn the attention of fans, tastemakers, publications and labels. It looks like a wild ride that this singer/songwriter is on, so I wanted to make sure I took the time to sit down and ask her a few questions about the past year! Continue reading to check out this week’s installment of the Early Talks interview series with Jillian Rossi!

Sam: What prompted you to pursue music in the first place? Did you grow up in a musical family?

Sam: Where did you grow up/where are you based now?

Sam: Were you interested in any other hobbies growing up as a kid?

Sam: When was the moment you knew you wanted to pursue music as a career?

Sam: Were there any roadblocks and if so, how’d you overcome them?

Sam: What was your first bit of success in the industry?

Sam: Tell us about your creative process. How do you take an idea and turn it into art?

Sam: What’s the story behind these viral songs of yours? What’s been your reaction?

Sam: What’s one of your favorite songs that you’ve written?

Sam: What are you working on right now?

Sam: What’s next for you?

I first wrote about artist/producer Noah Nockles earlier this year when I began writing for Early Rising. I was initially captivated by...
Read more
Interviews