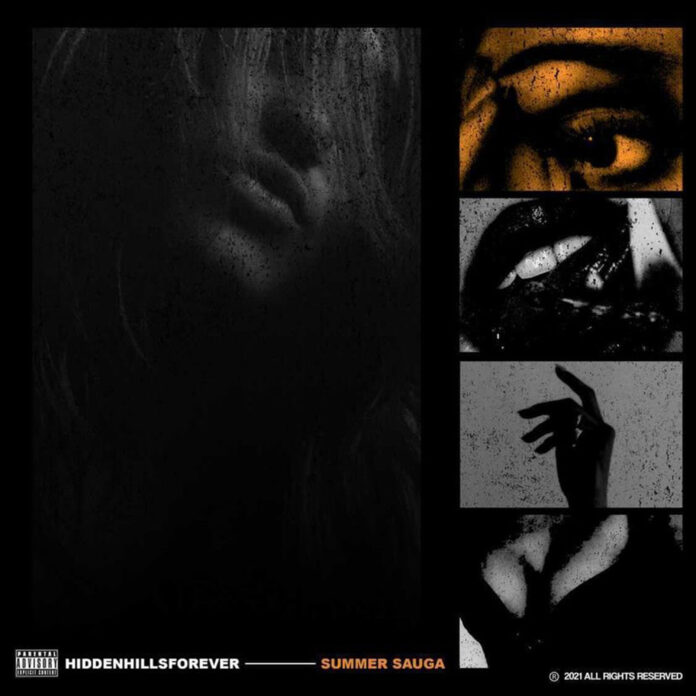 If you know me at all, you know that r&b is my bread and butter and there is nothing in this world that gets me more excited than finding an underground r&b artist with real potential. I’ve been in a bit of a drought recently, but luckily that drought has now come to an end after a finding that I came across earlier this week. From time to time you’ll get a message that hypes up an artist as if they are the best new thing on the block and it turns out that the hype was a bit unnecessary. About a week ago I got sent Hiddenhillsforevver’s newest record by an internet friend with a similar message, but within the first 10 seconds I knew that what he was putting me onto was absolute fire. Since then, I’ve concluded that Seattle’s Hiddenhillsforever is one of my favorite artists that I’ve stumbled upon in recent months and if you give his newest record a spin, you will know exactly why I’m saying this. This man is the truth and deserves way more love, so I’m glad to shine light on this special talent today!

If you’re a fan of artists such as Bryson Tiller and PARTYNEXTDOOR like myself, then this song is for you! Back on September 3rd, Hiddenhillsforever dropped his first single of 2021 after the release of his “Hell Of A Night” EP that he revealed in early May. The song is called “Summer Sauga” and it is trap soul at its finest. The production is crisp and leaves the perfect amount of room for Hiddenhillsforever’s impeccable flows to take full effect in this charming slow-jam. While the production is on point, what really makes this song go above and beyond are the vocals. Hiddenhillsforever’s tone is distinct and smooth, and unlike anything that I’m hearing at the moment. For these reasons and many more, if I were a betting man, I would be putting a lot of chips on Hiddenhillsforever to make some serious moves towards the tail end of 2021 and in 2022.

If you aren’t already tapped into Hiddenhillsforever’s project, I suggest you do so now, as he’s putting out records that you just don’t come across every day. “Summer Sauga” is the perfect introduction track to his artist project, so look no further than the Spotify preview link below and get acquainted with the Seattle-born, Atlanta-based artist A.S.A.P..