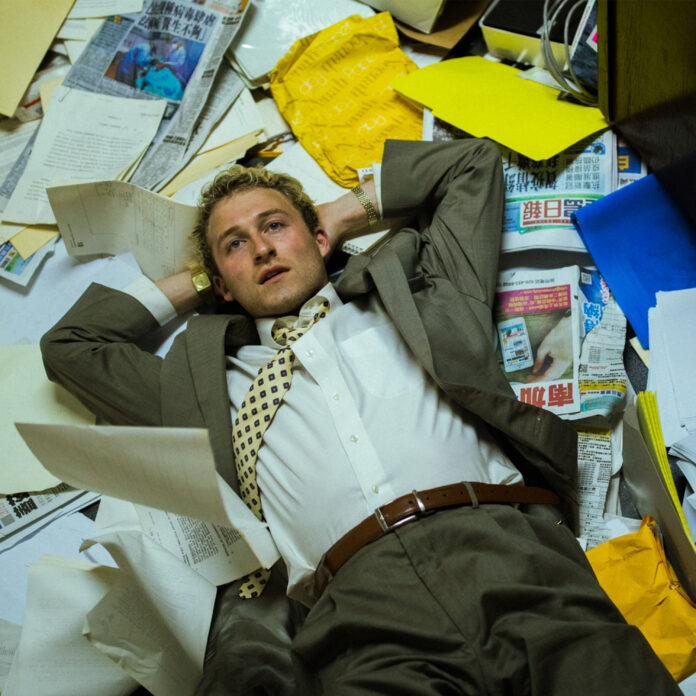 Not too often do you come across an artist with as much talent as the extraordinary 22-year-old singer-songwriter, Sally Boy (Erez Potok-Holmes). The Philadelphia born, Los Angeles-based artist made a big splash in the up-and-coming scene in 2020 with the release of his debut EP, “Erez”, all while being a senior at USC majoring in popular music. Ever since, Sally Boy has proceeded to gain attention from the likes of industry giants such as Pigeons & Planes and Lyrical Lemonade, and landed an impressive amount of editorial support across DSPs. Fast forward to 2021 and Sally Boy has continued to blow expectations out of the water with hit after hit and a consistent release schedule that makes you know that he’s not playing any games (besides “Chess & Checkers”, of course). It’s been on my bucket list to interview Sally Boy and today there is no better time to do so as he just released his killer new single, “Bongo”, and is getting set to drop his first project under his new label deal with JJ Abrams’ Loud Robot imprint with RCA Records. Without further ado, let’s get this Q&A rolling!

JU: First off, it’s so great to meet you! I’ve been following your journey for some time now and it’s been nothing short of impressive! While I know this isn’t your first time on E.R., for fans that are just now hearing your music for the first time, what do you want them to know about you?

SB: Well hi, nice to meet you. Your place is lovely. Mine’s a bit of a mess (nervous laughter), had I known you were stopping by I’d have cleaned up a little! Anyways, my name’s Sally Boy — a name from a song I wrote — and I’m an LA based artist from Philly. I have 12 songs out as of now and an indefinite amount more to come so really, who knows, maybe I’ll drop infinite songs and bring you infinite joy. Not a promise I’m willing to make, but one I’m willing to propose. Can at least promise I have 8 coming out later this October and the joy encapsulated in those is for you to find out. But anyways, what were we talking about?

JU: I’d love to hear a bit about your musical roots. How’d you get your start in music and who are some of your biggest musical inspirations?

SB: It’s funny because my memory really comes and goes a lot, but I recently remembered a couple of things around who I first listened to. For instance, I just remembered that the first two albums I really consistently had in rotation were an older Bruce Springsteen album and the Spongebob Movie soundtrack. I wouldn’t say those bleed into the music I make today, but they taught me to be obsessive about it.

Beyond that I really learned how to sing from Ray Charles and Paul McCartney, learned how to play guitar from John Mayer, and learned how to push myself artistically from my friends. Namely my homie Michael Casper. He showed me a new side to being an artist.

JU: This Wednesday, you dropped your brand new single, “Bongo”, which is truly a smash and one of my favorites that you’ve dropped yet. Talk to me a little bit about the inspiration behind the song and the creative process behind it.

SB: Hey so funny, also one of my favorites ever. It was an easy song. The whole riff came from this perc sample that was a bongo, hence the name, and the lyrics just spilled out. Come to think of it, this is one of the few songs I’ve released that I didn’t go back and forth on, editing and changing lyrics. It’s supposed to convey this peculiar time of love in the modern age where you’re constantly reminded of people through pictures and can check in with the click of a button. The feeling of falling and just trying to get one foot down despite knowing the fall to the ground is imminent.

JU: Something that I’ve noticed about your project across your different releases is that you’ve got a really strong eye for brand aesthetic and are a great storyteller in your videos. For fans that haven’t watched the “Bongo” video yet, what can they expect?

SB: First and foremost gotta show love to the homie Eddie Mandell for being a visionary and having a truly unique eye. He is instrumental in bringing the vision and feelings of my songs to life so all love to him <3

Now, if you haven’t watched the bongo music video you should stop reading right now and watch it, but if for some reason you’re still reading this, you should stop reading right now and watch it yourself. But if for some reason you ignored two warnings from an online stranger you just met, you should stop reading and– nah i’m just kidding. The Bongo music video is a frenetic depiction of the American office setting. Filled with chaos and manic energy, the video flits between various unsettling shots and perspectives in order to convey unease and the distinctly inhumane nature of this, our system. Ok, maybe it’s a little more dystopian and satanic than your normal 9-5 but it’s rife with the fluorescent lighting and grey carpeting you’ve come to know and despise.

JU: Rumor has it that you’re going to be dropping an EP soon, what does the end of 2021 have in store for Sally Boy?

SB: I’ve come onto Early Rising today to confirm the rumors that I, Sally Boy, aka Buttercup Bandit, aka Evil Speedy, aka Bando 500, aka the Cucumber Connoisseur, am dropping an EP entitled ‘Lies I Tell Myself’ in the month of October.

The end of 2021! What a concept. Here I was thinking this year was everlasting. Anyways, the upcoming months are gonna be busy. Planning on releasing some songs after the EP, playing some shows, hitting y’all with Sally Boy Show season 2, and whatever more comes my way. Music, music, music!

JU: What are your goals for the next year? Any dream collabs or shows?

SB: My main goals would be to have more fun making music and as a result have it mirror that joy. I’d like to continue to grow both musically and individually. I also want to collaborate with as many people as possible. I always hear songs and be like “man I would have ripped a verse on that jawn” so I guess I’m trying to make those hypothetical verses a reality.

JU: While this interview may be coming to a close, it was a real pleasure getting to talk to you about all of the exciting stuff that’s going on with your project! With that said, If you could leave E.R. fans any message to end on, what would you say?

SB: It was nice meeting you! I hope you have a good day and do something that puts you out of your comfort zone. The more you make yourself uncomfortable the more those things that once made your skin crawl can become brand new ways of expressing yourself. So be brave and do that, even just a little bit, on a daily basis 🙂

I first wrote about artist/producer Noah Nockles earlier this year when I began writing for Early Rising. I was initially captivated by...
Read more
ReviewsQ&A