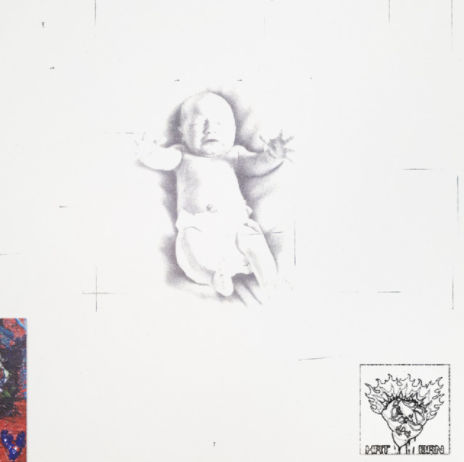 There are some projects that, during my first few listens, I don’t really know what’s going on.  These collections of work are like a fine bottle of wine or a baseball mitt, they get better with age.  Once you give them some air to breathe or time to wear in, the wonder within suddenly starts to emerge and turn into utter amazement.  These unique projects are experimental, they take risks, and live in a world of their own.  One such project is none other than the HEARTBURN EP released by the illusive memmi last week.

I actually heard an early iteration of this EP a few months back and it has only blossomed since then.  This four-pack EP carries speed from start to finish, incorporating stylings from all over the musical spectrum to create something that stands on its own, separated from the rest of the pack.

When I listened to HEARTBURN, most notably “Neighborhood Freak” and “Bad Side,” I immediately picked up on memmi’s incredible talent as a producer.  Throughout the EP, memmi’s productions sound like the perfect marriage of electronic, hop-hop, and new-wave pop stylings, resulting in an amalgamation of the three unlike anything you’ve heard before.  It truly sounds like the product of someone who’s musical journey started listening to EDM, then dove into hip-hop, and is now gravitating towards pop music, however, with every transition, the previous styling is not forgotten.

When talking about the lead single, “Change Ways,” memmi remarked,

“The song brings together different styles of music I enjoy as well as a layered group of perspectives from singers Linus Hablot, Te’von, and rapper, Luke Bar$. It’s a very strange combination of worlds but I feel like the reason it works is because of how honest the performances are. The glitchy nature of the music reflects its themes but it doesn’t stay static; it grows and by the end, takes you to a new place.”

Whether it’s intricate and genre-defying productions or mind-bending collaborations that you chase, memmi’s HEARTBURN EP has a little something for everyone.  Check it out below and make sure to keep tabs on memmi as he continues to churn out releases and turn heads.