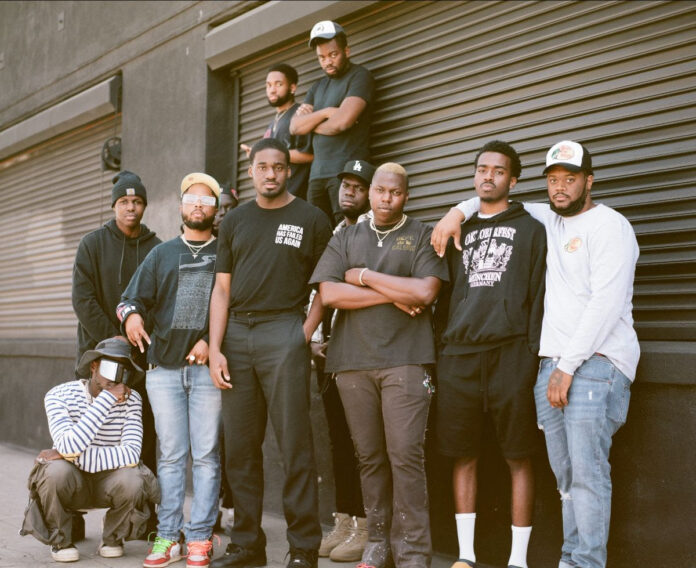 In the 90’s we had an abundance of rap collectives such as Wu Tang Clan, Tribe Called Quest and Outkast. In the years since, it seems the rap collective scene within the Hip Hop community has withered. However, making a resurgence, the Brockton, Massachusetts collective Van Buren Records is showing fans that they have the potential to be the next hottest collective in the rap game.

Continuing to build momentum of off their most recent EP, Black Wall Street, the group just dropped a music video for their track “JUMPSTREET”. With each of Jiles, Luke Bar$, FELIX! & Invada’s verses serving as an upbeat demonstration of the group’s diverse and cohesive sound, the visual adds a whole new level of energy to the exciting track.

Featuring all the members on the single, the video displays the group turning up to the hard hitting beat and each artist verse building off of the last. The creative camera angles and flashing lights in the video helps to elevate the vigor of the track. Seeing each of the artists spit their bars in the video adds a whole new level of hype to the song.

You can watch the music video out now on YouTube and check out Van Buren Records newest Ep Black Wall Street out on streaming services now!

Myles Cameron is an act whose music I became familiar with not too long ago when I had the opportunity to cover...
Read more
Rising ReleaseReviewsVideos