Obed Padilla / Changes & When In Doubt 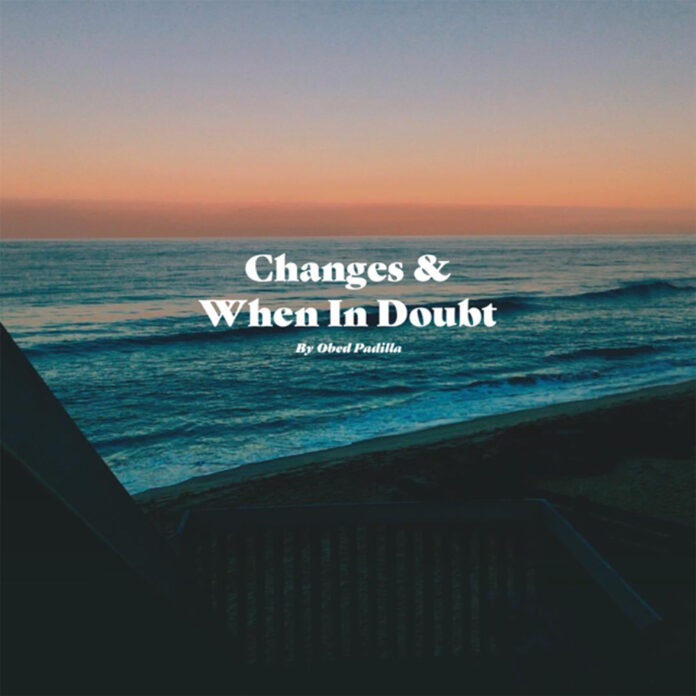 Obed Padilla is an artist unlike any other. This may only be the second time that Padilla has been featured on E.R., but he’s 2 for 2 on his most recent releases so that should tell us something – this man is getting better and better with each and every release. The Oceanside, California native does not only have an unreplicable voice, but he’s also self-produced and has really manufactured out his own organic sound from the ground up. Authenticity in this day and age can sometimes be hard to come by, but when you come across an artist who is able to accomplish that feat and also fit in the lane of music you like to listen to, you can’t help but gravitate towards their music and that’s exactly what Padilla’s music is for me. In my humble opinion, Obed Padilla is a one of a kind artist who deserves an enormous amount of love for his art, so it is a great pleasure to be able to highlight his newest release today.

While not a full project, there’s something that always gets me excited about a maxi-single. It’s not an overload of music, but some artists, like Padilla, are able to make it feel as if there is a project-like aspect to it and still manage to make it cohesive for the limited amount of music that it is. Released just last week on September 17th, Padilla dropped a double-sided single called “Changes & When In Doubt” and it’s truly one of his best showings yet. While I have an affinity for both records, “Changes”, is the one that can’t get out of my head. There is a nostalgic element to it that I feel is so hard to find these days. This record could have come from the 80s and you wouldn’t have even known (besides the audio quality). In the song, Padilla’s vocals glide over a soothing guitar line that is made even groovier with a moving base and soulful vocal harmonies. On the other hand, “When In Doubt” is a smash in its own right. Listening through it, Obed starts out with a catchy whistle melody that leads into a soft, heartfelt verse. As the song continues it builds in energy and develops into a great record to start your fall listening to.

If you aren’t already familiar with Obed Padilla, be sure to check him out using the Spotify and Youtube links below. “Changes & When In Doubt” is thoroughly a great project and I can’t wait to hear what Padilla has in store next.

Chicago continues to breed elite artists at an astounding rate. The pressure to standout amongst the slew of talented individuals is a...
Read more
ReviewsSongs