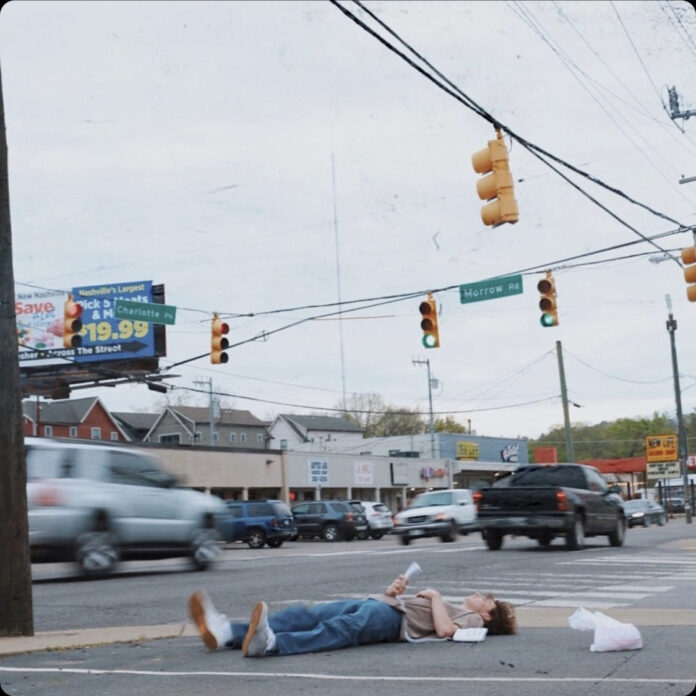 Earlier this year, I was lucky enough to do a Q&A with Palmertrees: a 19 (and now 5/5ths) year old singer-songwriter based in Nashville, Tennessee. This week, Palmer released his first, highly anticipated, full-length project: an EP titled “ok, COOL!” and I could not be any more excited to continue sharing Palmer’s talent with the Early Rising community!

“BOYFRIEND KILLER” kicks off the EP with its feel-good, can’t-not-sing-along energy. Over electric guitar riffs, indie-pop drums, and echoing harmonies, Palmer dramatizes the end of a relationship. He sings: Oh my / Just 19 and there’s a body bag / Look alive / There’s a crime scene at the spot we met / One by one / People think and wonder where I went / Maybe ask the girl with the gun / Boyfriend killer. Truthfully, I cannot begin to express the infectious energy this track creates. “BOYFRIEND KILLER” puts a unique twist on a breakup song, completely blowing things out of proportion and turning an ordinarily melancholic situation into something exciting and energetic.

While I admit to having a bit of a bias towards “BOYFRIEND KILLER,” “ok, COOL!” offers other standout tracks including “SUCH A MESS.” “SUCH A MESS” strips things back, beginning with nothing but an acoustic guitar that allows the listener to get up close and personal with Palmer’s authentically honest vocals. As the song progresses, as does its production, swaying back and forth between traditional indie rock sounds and simple acoustic guitar. Palmer gets especially vulnerable within his storytelling as he comes to terms with negative thoughts and feelings. Lyrics include: Overextended / And stressed with everything / I realized feelings never cared / If you get sleep or if you get scared. You can hear the sincerity within his vocal inflection — “SUCH A MESS” portrays a beautifully sincere confrontation with introspection.

Overall, “ok, COOL!” puts forth consistencies within its themes and production. It takes the listener on an exciting, yet truthful journey through heartbreak that feels lucky to hear. With this project, Palmer has established his sound, and I have nothing but great things to say about it.

Stream “ok, COOL!” below, and keep up with all things Palmertrees here!

Myles Cameron is an act whose music I became familiar with not too long ago when I had the opportunity to cover...
Read more
ReviewsProjects

Tatum Van Damhttp://tatumsportfolio.com
i write about music that i want the world to hear
Previous articleGoldwash / Lonely Summer
Next articleMARCO PLUS/ PIECE OF CAKE