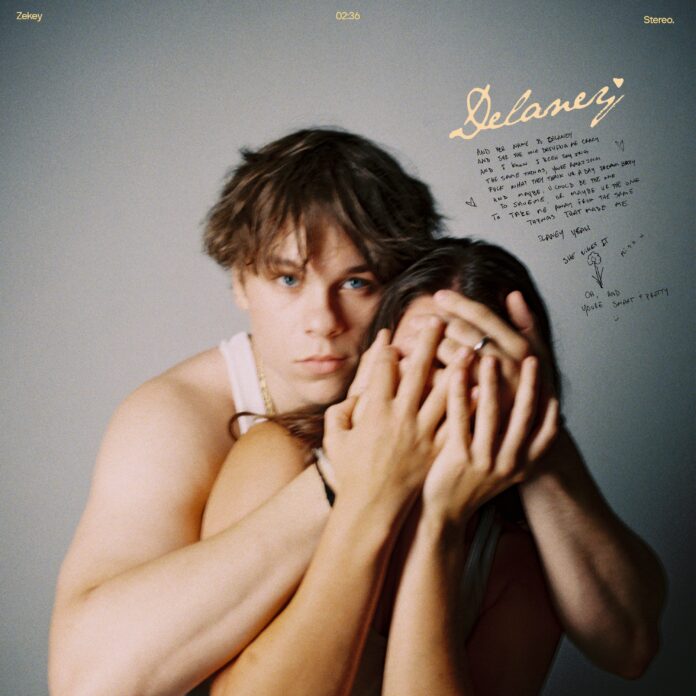 While this isn’t the first time that Williamsburg, VA native, Zekey, has made an appearance on the Early Rising page, today is a unique day as it marks the premiere of his debut music video which gives us an even greater insight behind the creative direction of this exceptional talent. Before I get into the video, if you aren’t already familiar with Zekey, then now is a great time to do so. After dropping his records “Wanderlust” and “luv story” throughout the first half of 2021 and getting quite a bit of love behind each of the releases, Zekey is back and better than ever with his newest release, “Delaney”, which he dropped back on August 26th. A truly nostalgic record, Zekey’s abilities and versatility shine through in this one. You can tell that this guy is pushing for a hit and the way that he’s been excelling and growing with each and every release leads me to believe that there is a whole lot in store for this promising up-and-comer.

Dropping today, Zekey released the official music video for his record “Delaney” and I can’t help but smile when I watch it. Unlike a lot of music videos these days that can get downright confusing, the “Delaney” video is one that offers a clear storyline that I think a lot of viewers will gravitate towards. A mix of comedy and nostalgia throughout, it feels like this video is a nuanced version of a video that could have come out of a rock video in the early 2000s. The video starts out at a wedding ceremony where Delaney and Andrew Smallwood (lol) are set to tie the knot, but when at the altar, Delaney runs away. After leaving her fiancé high and dry at the wedding, the bride finds her way into the arms of Zekey which seems to be where her real love lies. Whether it be laying in bed together or a pillow fight, Zekey and Delaney show their affection in different ways, but it is sure that Mr. Smallwood will not be getting his girl back. Towards the end of the video, Zekey and Delaney make their way back to the wedding where Mr. Smallwood is seen crying hysterically as his supposed-to-be wife jams along with Zekey and his best friends at the altar. Outside of the video, Zekey shows off how multi-dimensional he really is by flexing those golden pipes of his in a way that I would argue he hasn’t before. Up until now, I had no idea how strong and powerful his upper register was and it really shines through in this one. With a catchy hook and production that gives the song a nifty pop-punk feel, this record offers a lot that people should be excited about.

While I may have given away quite a bit already, make sure to check out the “Delaney” video yourself using the Youtube link below. I’m excited to hear more from Zekey in the coming months as he’s definitely one you’re going to want to keep an eye on, so be sure to throw that man a follow on socials or DSPs when you can if you’re vibing with this one.