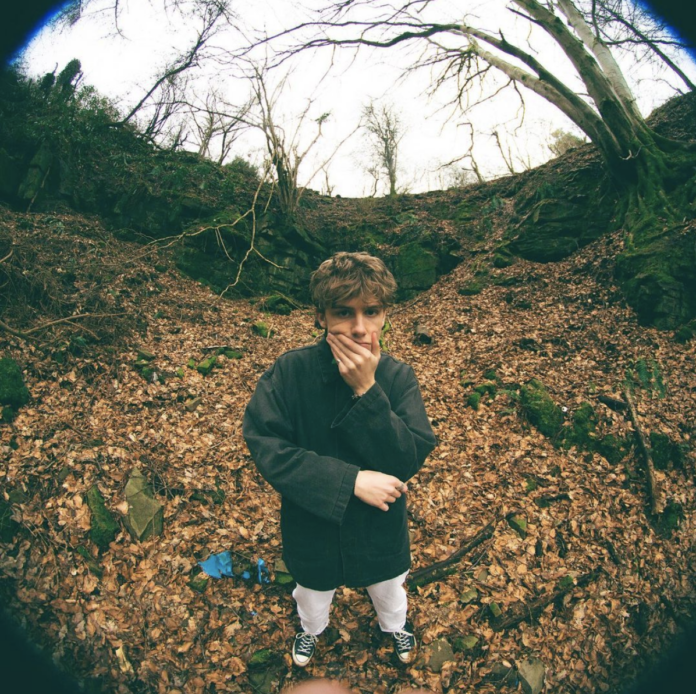 Yet again, the algorithm has put me on to another artist deserving of more ears. I recently came across a Tik Tok of a guy producing an original cover of Maneskin’s “Beggin’” from none other than the comfort of his bath tub. Upon further inspection, I came to know the dude in the tub as Devon: a D.I.Y. artist and producer from South West England.

If I had to choose a phrase to describe Devon’s sound, I’d pick “nostalgically new.” His production style puts an inventive and fresh tinge on the nostalgic sounds we commonly find in all those early 2000s pop-punk and indie bangers. Paradoxically enough, his music sounds familiarly unfamiliar in the best way possible. If my life was a coming of age film, I’d want Devon to create the soundtrack.

I had the wonderful opportunity to ask Devon a few questions about his artistic inspirations, his unique hometown, and his latest single: “WARNING SIGNS.” Get to know the South West Englander with our Q&A!

T: Hi, Devon! Introduce yourself to Early Rising’s readers. How old are you? Whereabouts are you based? Anything in particular you’d like us to know about you?

D: Hey Guys, my name is Devon. I’m an artist/producer from the Forest of Dean, Gloucestershire in South West England. I’m 23 and have been making music for a few years now from my bedroom.

T: How did “Devon” come to be? Was making music something you’ve always known you wanted to pursue?

D: I was in various bands in primary school but by the time I hit secondary school no one really wanted to be in bands anymore. I fell out of love with music and forgot about it for a few years until towards the end of school after a conversation with my mum in which she said “do what you’re good at and you will enjoy it”. After that I picked up the guitar again and my guitar teacher at the time booked me to play a show ( that I didn’t want to do) but because my friends found out I had to do it. Ever since then I was hooked, really. Started writing music and over the years figured out how to record on my laptop. Seems stupid to me now that I would ever have fell out of love with music. Almost like the universe was screaming at me ‘that is what I’m supposed to do.’

T: I initially discovered you from Tik Tok. Especially within the past year, do you think posting to Tik Tok has helped you grow/connect with your fanbase?

D: Yeah it’s been vital tbh. Feels like it has levelled the playing field a bit as the gatekeepers of this industry can’t fully control it… yet. After posting on tiktok my audience shot up and streams shot up. For someone who lives in the middle of nowhere with no music scene around, it’s very helpful. Now most of my listeners are from America. Which is crazy to me. But so cool that it resonates over there.

T: I’m very curious to hear about your inspirations. Who, or what, inspires you, musically and/or non-musically?

D: I don’t have any specifics I really am inspired by so much. If I had to pinpoint it though I would say that it’s subconsciously influenced by whatever was on the radio when I was a kid in the early 2000s. That was stuff like the Killers, Coldplay. But then I got really into stuff like Guns and Roses and aload of heavy bands. As a kid I was bought ‘Pop Party 3’ and the ‘Now’ compilation CDs so it really was all over the place. Now im older im still inspired by a crazy variety of stuff like Paramore,Twenty One Pilots, Gorillaz, Kendrick Lamar, The Streets anything Jack Antonoff does. Could go on forever but chops and changes all the time. I try not to listen to any music when I’m making stuff though.

T: I understand you are from a very small place called Forest of Dean, Gloucestershire. Can you explain what Forest of Dean means to you? How have your hometown and upbringing lent themselves to your D.I.Y. artistry?

D: The Forest of Dean is home. It’s peaceful here. I’m quite naturally introverted so living in a place so isolated is normal to me. It has hindered and helped me in many ways. One being there’s no studios or any producers around so I had to learn how to do everything myself. There’s no music scene, a bar, a few pubs, and there’s about 4 bands other than me. I’ve always kind of lived by the saying ‘nothing ever happens by itself’ so I’ve just always used what I have to make stuff work.

T: Earlier this year, you released your single, “WARNING SIGNS,” co-created with Bad Sounds. What was your creative process like when it came to producing “WARNING SIGNS?”

D: Yes, it was great. It was the first time I had ever met those lads and we wrote it that day. We just seemed to connect on a musical level and also have since become really good friends and it’s always a pleasure to work with those boys. They’re from Bristol so it’s not that far away from me so it’s really refreshing to write with another South West band. The few other sessions I had done were in London which is about 3 hours away from me. Or on Zoom. I had always been a fan of them too.

T: Speaking of collaborations, are there any other artists or producers you hope to collaborate with in the future?

D: I don’t have anyone specific in mind. I have dream collaborations. Jack Antonoff, Tyler Joseph, Mark Ronson and anyone who I’m a super fan of I guess. I would love to work with a rapper on a few tracks in the future. That’s always been on my bucket list. I have a few songs I can imagine a rapper on.

T: Anything else we can expect from Devon moving forward?

D: All being well. Lots more music. I have a full length project finished and ready to release. I’m just working through some industry boring stuff to be able to give it the best possible roll out.

To say that I am absolutely stoked for whatever Devon has in store for us would be an understatement.

One of the most pleasant surprises of the year thus far has been an up and coming artist who goes by the...
Read more
ReviewsQ&A

Tatum Van Damhttp://tatumsportfolio.com
i write about music that i want the world to hear
Previous articleEaseupkid “never been before”
Next articleStephen Sanchez / Until I Found You