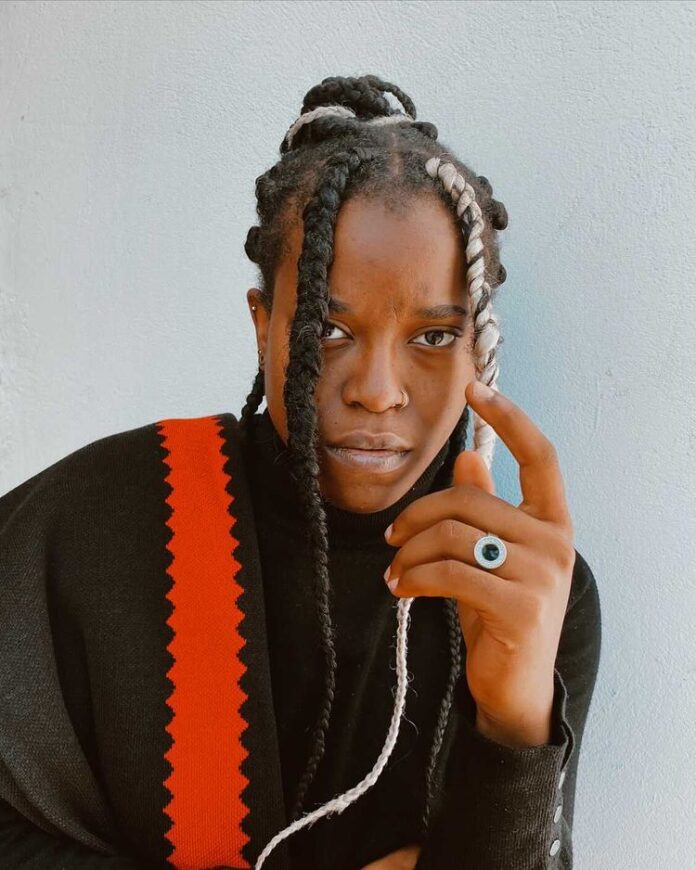 What is the new triple threat? Songwriter, rapper, and philosopher. Dirtsa proves she has the holy trinity in her debut EP Aletheia’s Calling, out now. The artist speaks on monumental, powerful topics through true unique beats. This 24-year-old Franco-Cameroonian musician has inspirational roots in hip-hop and R&B, channeling the most powerful woman she could possibly be.

Dirtsa’s album renders on the continuous conscience fight against racial injustice and the duty she has to her long line of ancestors. As a young girl, the artist moved from Cameroon to France and reflects on this change along with the consistent trials she and her family dealt with along the way.

The album’s namesake Aletheia, the Greek goddess of truth and justice, inspired Dirtsta heavily. “Aletheia’s Calling is about finding your truth and fighting for the things you believe in. I crafted this project for a year and a half between France, Spain, and Germany, and it has allowed me to discover myself in ways I would have never imagined,” spoke the artist on the inspiration which lead her to where she is today.

Dirtsa’s flow is impeccable: seamlessly carrying the weight of her lyrics while the melodies effortlessly intertwine into a river of vigorous artistry. The musician’s EP has a deep range, equipped with everything from epic ballads to quick and sprightly R&B raps. Dirtsa is a modern-day metaphysical genius.

The musician is proving herself to become a true queen of sultry R&B tracks. Her poignant lines present a process of turbulence for racial injustice across the world. We look forward to seeing Dirtsa grow, as she already is a powerful, influential, genre-defying icon.

Myles Cameron is an act whose music I became familiar with not too long ago when I had the opportunity to cover...
Read more
ReviewsProjectsSongs