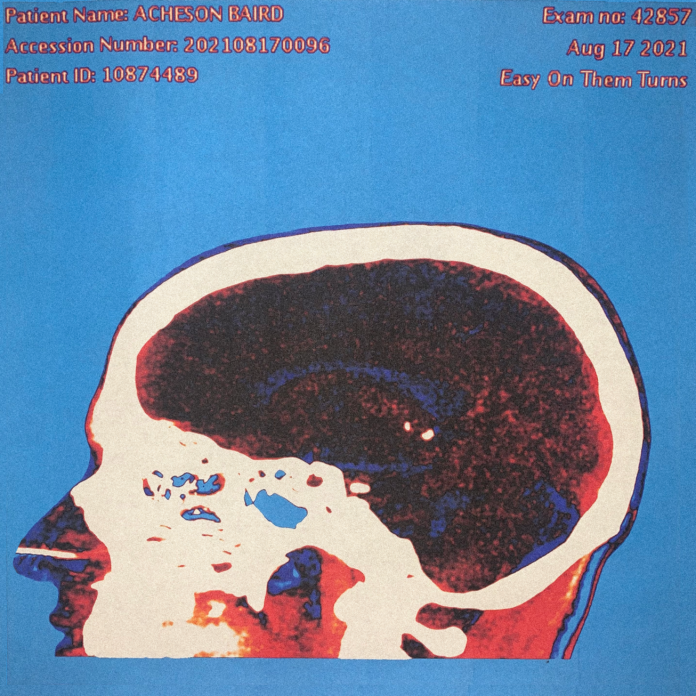 As someone who lived in Los Angeles for a few years too long, there is always one or two days out of the year where the city decides it is time for it to rain. And, for some reason, precipitation tends to amplify the Los Angeles chaos — as if it needs any more. Today, Baltimore-raised Los Angeles-based artist Baird released his latest single: “Easy On Them Turns,” a song ‘inspired by a bike crash the one day it rains in LA.’

“Easy On Them Turns” is an alternative hip-hop/indie-pop track, taking elements from each genre to combine into one that is uniquely its own. Baird’s sonic vocals are supported by a hodgepodge of sounds; a bunch of samples, acoustic guitar chords, and a metamorphosis-like beat that stays in your head long after finishing the track. “Easy On Them Turns” is one of those songs that needs to be listened to with headphones on — seriously — it feels like my ears are playing in an arcade.

On the story behind “Easy On Them Turns,” Baird shares: “‘Easy on Them Turns’ is a cautionary story. I was biking to the studio, as I do every morning on my electric bike which seems to have a minimum and maximum speed of 20 miles per hour. Around the corner on 23rd and Grand, I leaned a little harder into the turn than I should have. Maybe it was the weight of my backpack, maybe it was my reckless abandon, but I felt the tire loose grip on the ground and before I knew it I was over the handlebars, skidding penguin-style on the road. I was alright — a hole in my jeans and some lost skin, but nothing I couldn’t patch up. Getting up, the hook came into my head. Note to self: Easy on them turns. If I was going to have an ugly scar on my wrist, I might as well get a song out of it.”

He continues: “’Easy on Them Turns”’is a song for anyone who rides bikes in cities. For the first 18 months I lived in LA I couldn’t really afford a car and so biking to and from the studio became a daily ritual. I wanted the music to feel fun and exhilarating, like the wind in your face, but unresolved and tense to reflect the stress and constant vigilance that you get riding through DTLA.”

Alongside the release of “Easy On Them Turns,” Baird dropped the official music video directed by Jack Begert. While this is, indeed, a song about a bike crash, I think Baird might have accidentally underestimated the power of manifestation. The music video begins with Baird breaking through a green screen, resulting in a black eye and a mild concussion. The green screen was fabricated, the black eye and concussion were not. Like a true artist, Baird turned his pain into art; the music video follows him as he continues his bike journey, intertwined with clips of CT scans and bandaids to the head. Adult Swim-style animations, an aesthetically pleasing colour palette, and vintage-esque film photos accompany Baird’s rainy day in Los Angeles.

Baird is an instrumentalist, producer, and artist. Perhaps you are unfamiliar with his name, but you have definitely heard his work. He assisted in the songwriting and production across 10 tracks on BROCKHAMPTON’s “ROAD RUNNER: NEW LIGHT, NEW MACHINE,” and has collaborated with several other artists including Goldwash and Berhana. The map of Baird’s world is nothing short of colourful and creative. His D.I.Y. attitude towards producing results in an electrifying blend of acoustic songwriting and electronic production that is multidimensional, purposeful, and above all, completely Baird.

If he isn’t already, put Baird on your radar. Wear a helmet, stream “Easy On Them Turns,” and check out the official music video below!

Irish singer, songwriter, producer, and multi-instrumentalist Cian Ducrot has been taking over the world with his fragile, heart-wrenching ballad, "I'll Be Waiting."...
Read more
ReviewsSongsVideos

Tatum Van Damhttp://tatumsportfolio.com
i write about music that i want the world to hear (london, uk)
Previous articleSeamus / Protection
Next articleK CHARLES/UNFINISHED