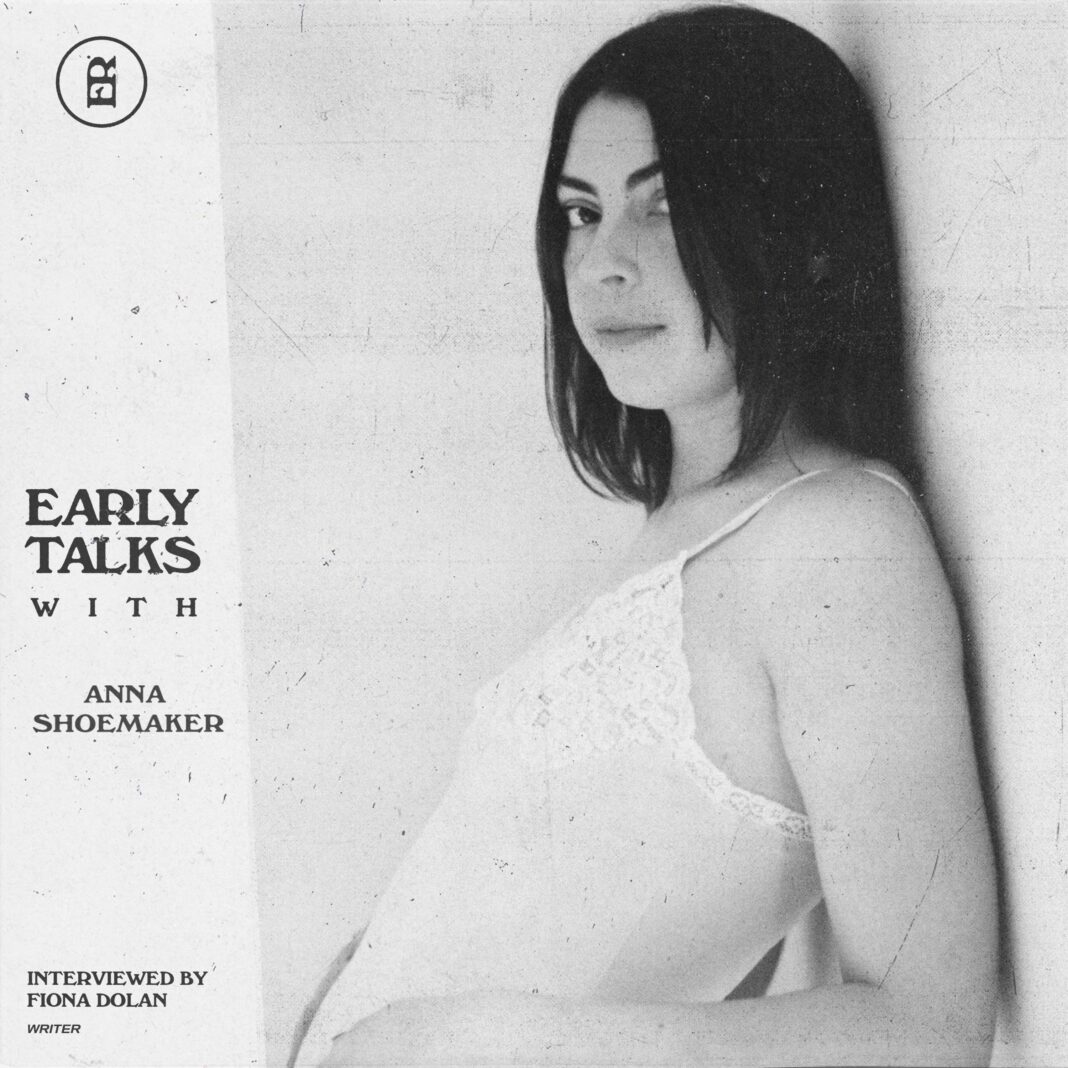 Anna Shoemaker is a sincerely truthful, creatively-driven person – while simultaneously a rising pop sensation and a fiercely talented songwriter and musician.

Brooklyn-based rockstar hailing from Philadelphia, the young artist has been pumping out music for years, and her newest release “It’s Depression” ft. Middle Part is a cog in a sonically wonderful machine that continues to define her place in the music world.

I had the chance to speak with the star: as soon as we started the Zoom call, we both smiled and agreed how happy we were to get to talk with each other. I apologized for sitting in my bed, and she apologized for sitting in her boyfriend’s bed. We talked about our weekends and caught up on our Halloween plans. It felt as if I was talking with an old friend – it just so happens she is also one of my favorite new artists.

Read the full interview below, where I talked with Anna Shoemaker about everything from writing a song in the bathroom at work to the fraudulently curated images within the music industry – and how Anna stays true to herself.

EARLY RISING: For people who are just getting to know your music, who would you say you are? As an artist and as a person, what defines Anna Shoemaker?

ANNA SHOEMAKER: I would say as an artist I’m very much who I am as a person. I write about stuff that crosses my mind, and since I was young I have written to make sense of my feelings… I’m a very emotional person so I think writing helps me to deal with my emotions and to get through things. As an artist, it is important for me to connect with people that way.

ER: I think your fans really do connect with you on that level. That being said, what is your typical creative process? How does a song come together?

AS: Sometimes it can be really pulling teeth, and it seems like some of those songs do not end up the best. For me, my ideal process is when it is just flowing through me and when I just know exactly what I want to say. For a lot of the time, that probably means I am going through something. But also, I write with my friends…We can channel each other’s energy and bounce off each other. It is super important for me to have everything flow.

ER: Is this how your new single, “It’s Depression” went? How did this track come to be?

AS: That song was interesting because Andrew [one half of Middle Part] and I had met months earlier, and we had followed each other on Instagram. He posted a song he was working on and I DM’d him and was like, “This is sick, like seriously. Can we write?” and he was like ‘Come over.” I can’t remember if he was like come over right now or come over tomorrow, but I was like ok, and he and Brian [second half of Middle Part] were there and we just wrote the whole song.

ER: I feel like, as you were saying, the best part of the creative process is when you’re not thinking too much about it, like when you just can’t stop it.

AS: Totally, totally. That’s funny because it can also be frustrating too. I’ll have an idea for a song somewhere that is inconvenient, like I work in a restaurant and I’ll have to go into the bathroom and voice record it or just write something down. The real worst is when you are falling asleep and it happens, and you’re so tired and then in the morning, there’s just no way you remember.

ER: I get that, even with my own writing, I feel the same way. Sometimes it just comes to you.

ER: But seriously, this song is so special. It also has really gained a lot of headway throughout the music scene. What do you think sets this song apart from the rest?

AS: I think for me, my music has always been very authentic to who I am, but I think maybe this song is connecting with more people because it is very self-deprecating.

AS: It’s embarrassing, it’s simping over someone, or searching for validation from someone that you should really be looking for in yourself. It’s admitting to something that maybe you don’t want to. But it’s all so real.

ER: The connection in that sense is definitely there. What is to come for you next?

AS: I’m working on my album, and obviously, it’s been a weird couple of years. The songs on the album reflect that and are kind of just about being a human throughout that time. It is all over the place, and there is no boundary to a sound I’m trying to make. I think that tells a lot about where we have been over the last two years. I don’t really feel like defining myself, or anyone defining me. I just want to say what I want to say, and not worry about how it makes me look.

ER: Right. You work in the industry so you know there is a lot of curation behind people’s images, behind their brands as artists –  everyone is looking to create a certain facade. I think that is why people relate to you, you don’t seem like that.

AS: Thanks so much. As I said, I really am who I am as an artist, that is who I am as a person. It just doesn’t make sense to try and finesse a certain sound or image on Instagram. I am just me, ya know? And that changes at any moment.

ER: That’s reflective in your music; it is your real emotions.

AS: Yeah totally, and I work with a lot of different people and collaborators. So it makes sense that everything would be different, ya know?

ER: Completely, and that shines through.

ER: It was really great talking to you. Final question: what have you been listening to recently?

AS: I’ve been listening to a lot of Ethel Cane and a lot of SZA. I listen to the Teyana Taylor album that Kanye produced at least once a week. I love her writing, she is so honest. She is someone who isn’t afraid to be self-deprecating. And a lot of Richie Quake and Middle Part, some of my best friends and collaborators.

Listen to “It’s Depression” ft. Middle Part right now on all streaming platforms, and keep an eye out for upcoming Anna Shoemaker releases – she is one to watch.