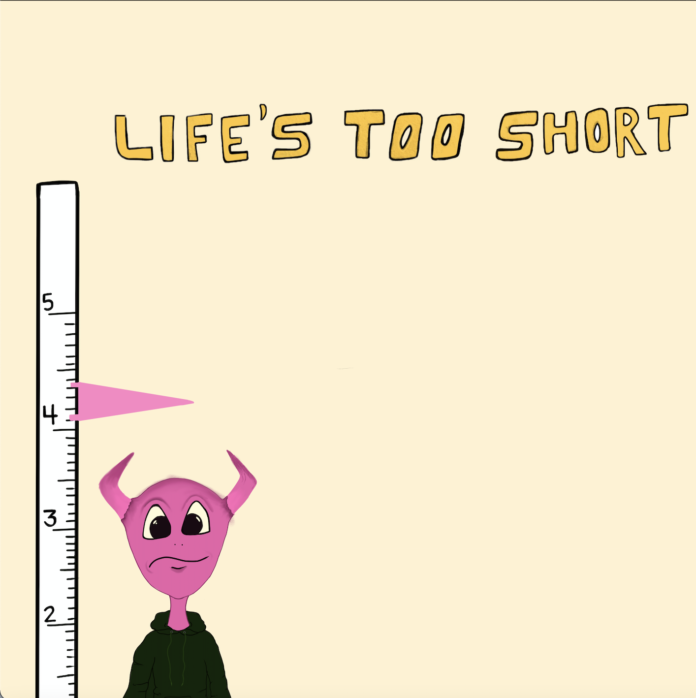 This is the second time Early Rising has featured a Julian Skiboat release and this one really struck me as “the one.” For context, Julian has been steadily popping up on everyone’s radar as the next king of introvert indie, and his recent single “LIFE’S TOO SHORT” is a testament to why that crown is so deserved. Jullian Skiboat’s sound is best described as a warm blanket you wrap yourself in on a sleepless November night. His ability to capture sentiments of sorrow and sadness, but in a comforting and somehow hopeful manner is truly a special talent. I found myself pausing the music after the 2 minute tune concluded to take a deep breath and self-reflect. He embodies a vulnerability that we all internalize, but sometimes don’t have the bandwidth to express. Which is probably why he’s such a calming figure to me. The vocal delivery on the hook when he says: “The sun still shines even when you’re sad” made me feel like he really means what he’s saying, which is super important to me. I feel like we’re caught in an era where too many artists are sacrificing being themselves unapologetically in pursuit of making a sound that’s currently “hot.” Julian has always walked to the beat of his own drum in this way, and it’s solidified him as a positive force in the indie pop realm.

When asked about the release’s creative process, Julian replied:

“I made life’s too short with producer harry was here. we had made a couple songs that day that were more focused on hard times, and negative situations that happen in life. i wanted to wrap the day up on a positive note so we made life’s too short. this song really does means a lot to me. i think it’s kind of a look into the turning point happening in my life right now. i feel like i’ve started to appreciate the smaller things more and i really wanted to express that in this song.”

Now developing his presence on stage, he made his debut appearance opening for rising star Blu DeTiger for her headlining show in Austin, TX. The San Antonio native has made massive waves this year in the scene, garnering critical acclaim from LADYGUNN, DIY, Ones To Watch and Spotify’s Lorem. I’m always going to be rooting for Julian, so watching him develop his sound every time he drops a song is truly special to me. Listen if you’re going through it and need a comforting pat on the back 🙂