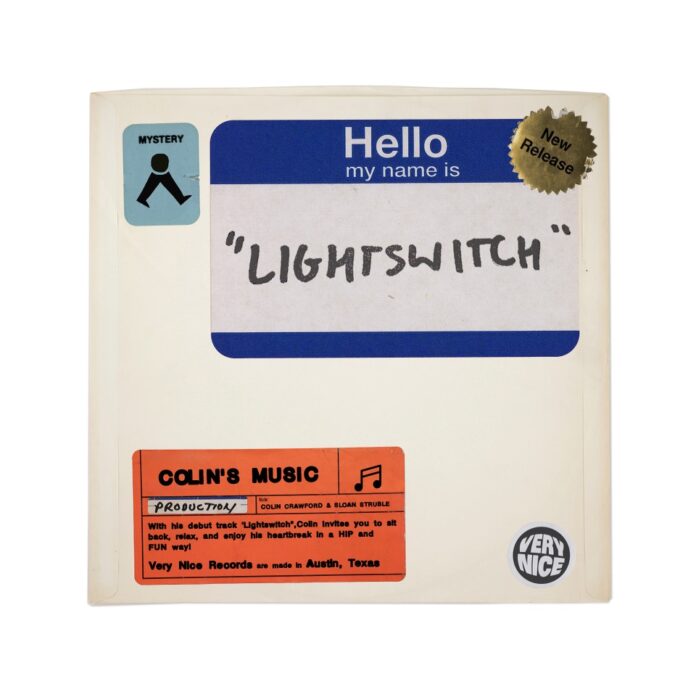 Today is a very special day in the music world because one of the most talented creatives I’ve met has debuted to the world his first single. Debut tracks are a big moment, they’re the first time everyone out in the universe can hear the music inside the brains of artists we walk alongside daily. Lots of people have released songs for the first time, but not all come out of the gates so strong with a song as good and flat out catchy as Colin’s Music’s new single titled “Light Switch”.

Colin Crawford, the man behind the moniker Colin’s Music, is a 23-year-old Austin-based multi-talent who does just about everything you can think of. His new track “Light Switch” is a two minute showcase of just how incredible his artistry is. The song wastes no time stapling itself as one of the most groovy tracks you’ve heard all year. Colin’s vocals and the dynamic production behind them instantly persuade you to dance or bop your head along. The song is much more than its production alone though. If you take a moment to listen to what Colin is saying in his lyrics, you’ll hear a story that you more than likely can relate to. Heartbreak is a universal pain, and Colin is no stranger to it. Throughout the song he recounts his experiences in a relationship that seems to be up and down, comparing the nature of it to a light switch. Everything about this song is absolutely brilliant and it’s one of the tracks you listen to over and over again and never get enough of. Do yourself a favor and listen to this song ASAP if you haven’t heard You’re getting in early on an artist I truly see taking over soon.

As always, I’ve attached a link to the song down below. Check it out while you’re here!