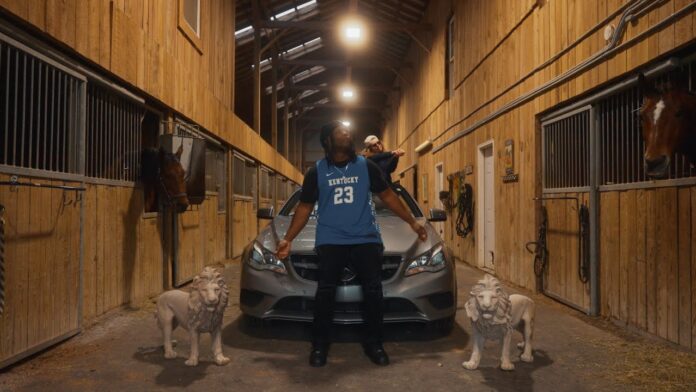 E The Profit has easily had one of the biggest glow ups I’ve witnessed within a 365 day period. The Elsmere, Kentucky rapper has been on a frenetic tear, earning a substantial of amount critical and commercial acclaim from his 8 track album E for Effortless. To bogart one of my favorite Mark Twain quotes….E The Profit has been executing “…with the calm confidence of a Christian holding four aces at a Texas Hold Em’ table.” Simple as that. The last “traditional” (aka skilled) rapper I can recall with this much energy, buzz, and growth in such a finite time span, would be Isaiah Rashad’s run in early 2014. E isn’t taking any prisoners. About this video though……

“Yes I’m from Kentucky, I got bluegrass in my blunt”

No cap, that might be one of the best 25 bars of the year. E for Effortless slaps. The whole album. However, Bluegrass was clearly a stand out track. It only makes sense for E to make a visual for Bluegrass. The end result is an aesthetically pleasing and acerbically-witty play on the concept of “bluegrass” and it’s etymology. E The Profit with the most carefree demeanor, simply shines. Utilizing Kentucky bluegrass, whilst being symbiotically surrounded by horses and Mercedes Benz’s. I have just one declaration….. ARE YOU NOT ENTERTAINED!?!?!?!?!? There isn’t a single rapper I’m more excited about than E. So yeah. Run it up and be sure to follow him on all handles @etheprofit. Also, if you’re in the greater Cincinatti area, check out E live and in action! He’s slated to open for bbno$ this Friday in Covington, Kentucky.