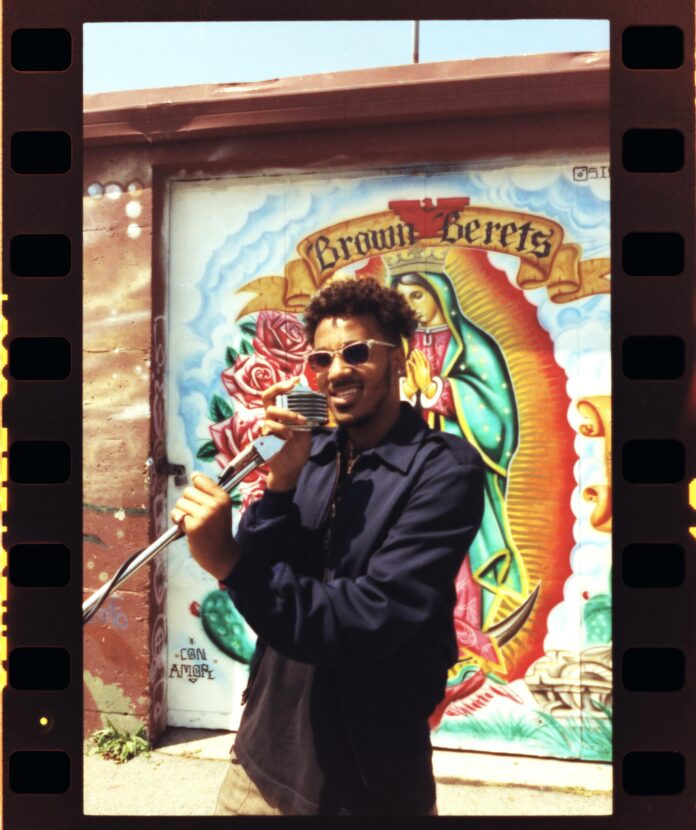 If your friends aren’t your inspirations, then you’re doing something wrong. Last month, I posted a review of “In My Blood,” a hip-hop track by co-artists and friends Jamel and Kabwasa. Today, I am beyond excited to be spreading Kabwasa’s light with the Early Rising community!

For those unaware, Kabwasa is a Los Angeles-based artist making a name for his hometown, Watsonville, through his funk-inspired hip-hop tunes. Describing his sound as ‘an old school vibe with a new school flow,’ Kabwasa’s ability to fuse his roots with his future is unmatched. His music has been featured on Early rising multiple times now, including a write up on his single “When I Land” and a feature on this week’s playlist with his track “Watson.”

Get to know Kabwasa with our Q&A!

T: Hey Kabwasa! Introduce yourself to Early Rising’s readers — how old are you, where are you based? Anything else you’d like us to know about you?

K:  Hello! I go by the name Kabwasa and I am a 23 year old Aquarius hip-hop/r&b music guy! I am currently based in LA but I was born and raised in Watsonville California just south of Santa Cruz.

T: Did you grow up in a musical household? Do you think your upbringing has influenced your sound?

K: Growing up my parents were very adamant about exposing us to the best of the best music early on! For us that was artists like James Brown, Stevie Wonder, Erykah Badu, Lauryn Hill, and so many more. I definitely think the music I was introduced to growing up influenced my sound and continues to influence and develop my sound to this day.

T: Can you explain the meaning behind your artist name, if any?

K:  Kabwasa is my middle name and my mom’s maiden name. I am blessed to have a direct connection to my Congolese heritage, and I wanted to keep that close in my artist name.

T: Your hometown, Watsonville, is a recurring symbol throughout your music and your artistry. What does it mean to represent Watsonville?

K: Watsonville has always been my biggest source of motivation since I started making music. The amount of love and support that people from the Ville have shown me since day one says everything. I want to be a part of the uplifting of Watsonville and remind everyone from there that we’re not invisible.

K: Performing at the Catalyst was a dream come true. I have been to countless shows at the catalyst growing up so performing there was like a full circle moment for me. I can say with confidence that that show was the best show of my career. Performing my songs in front of the people that so many of the songs were made for was a special experience.

T: I’ve been to a fair share of your live shows and your energy is seriously unmatched. What’s your favorite part about live performances?

K: Thank you so much! Believe it or not I had so much stage fright when I first started performing that I would shake on stage. What turned things around for me was realizing that concerts are more fun when you perform with the crowd rather than in front of them. The crowd is just as important to the show as I am so just something as simple as getting to know the names of a few people in the crowd changes everything because now we’re friends and we can have a good time together!

T: You recently released “Westside,” including singles “Westside Funk” and “Westside Blues.” Can you explain the inspiration behind the project/how it came to be?

T: What’s your favorite lyric off either track? Can you give us a Genius-style annotation?

K: On Westside Blues I said, “Sittin on the interstate 5. Driving could never ease my mind how I want it to.” I like this line just because I was actually driving on the I5 listening to the beat on my way home when I came up with the words for the song. So it always brings me back to the exact time and place were the song came to life.

T: Moving into the New Year, do you have any goals you’re hoping to accomplish?

K:  I think my goal every year is just to bring more people some joy through my music than I did the year before. So id just say my goal for next year is to continue to make new growth. Maybe a tour if the universe says it’s time!

T: Thank you for taking the time to answer these questions! We really appreciate it!

Keep up with all things Kabwasa, and stream his recent release “Westside” below!

South Dakota native and Nashville based singer-songwriter Tiffany Johnson, is the creator of an incredible, catchy, and relatable track that has been...
Read more
ReviewsQ&A