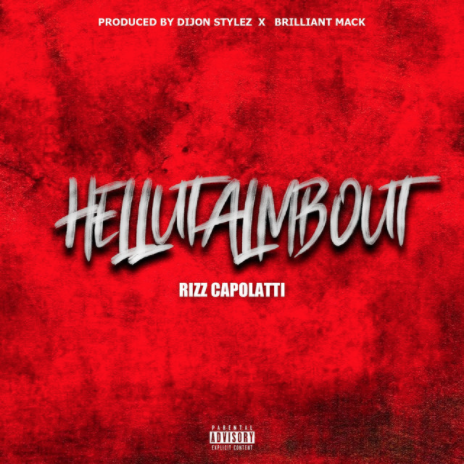 Oftentimes it can take a few releases or albums for an artist to create really begin to unlock their own distinctive sound and style. It is also rare for an artist to release an absolute heater their first ever song release, but for Rizz Capolatti, this is surely not the case.

Coming out the gates gunning, Rizz Capolotti recently released his debut single,”HELLUTALMBOUT” on major streaming services. In only the short time since its release, the track has already earned co-signs from big names such as Monte Booker and Metro Boomin as well as running up some serious numbers within the first couple weeks of the release.

Spazzing over the expertly crafted instrumental created by Dijon Stylez and Brilliant Mack, Rizz showcases his intricate lyricism, creative flows and authentic vibe. The instrumental is distinctly unique in the best way possible. The thumping 808 pattern creates an infectious groove helping to form the back bone of the song and the simple yet perfectly fitting melody melds together with drums to perfection.

Already making huge strides within the short time since the release of the song, Rizz Capolotti is proving that this is only the beginning of whats to come. You can listen to “HELLUTALMBOUT” out now on streaming services and check out Rizz on Instagram to stay tuned for future releases.