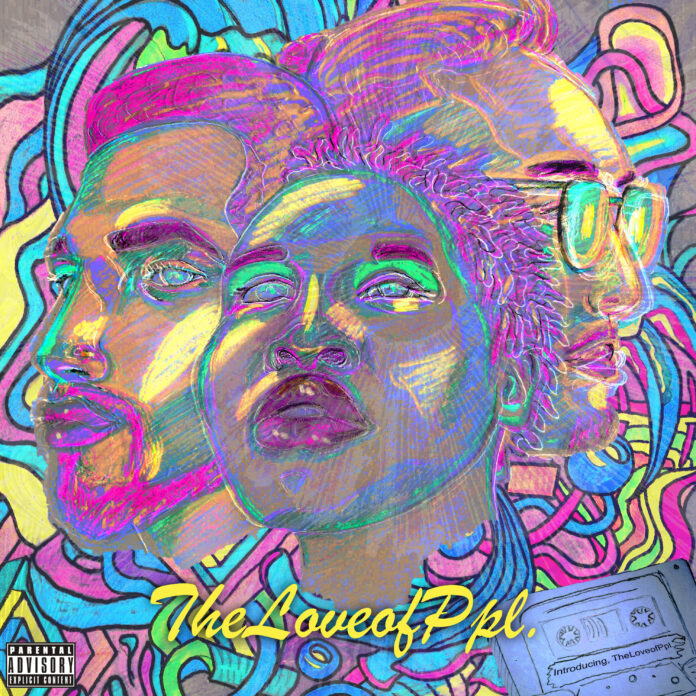 Inside I’m screaming (in the best possible way) because my favorite trio that is made up of Anai, Blake Davis, and Blank Face Villain, has finally officially come together and formed a group. I know I’ve been advocating for the three hitmakers to all assemble into one, but now that it’s actually happening I can say with great confidence that these three are well on their way to having a big year in 2022. Now under the new group moniker, TheLoveofPpl., the trio from Chicago who brought us some of the best records of 2021 with “Honey Pangs” and “Become What You Hate” are back and better than ever – this time dropping off a whole project. They’ve done it again with this one and whoever’s listening knows exactly what I’m talking about. The three all work in perfect harmony with one another and land at the very top of my list for my favorite finds of 2021.

This past Monday, December 13th, the brilliant and evocative trio dropped one of my favorite projects of the year, their self-titled debut EP, “TheLoveofPpl.”. Wholeheartedly a smash project, the 5 song EP gives a ton of early 70s era funk/soul group vibes despite the intro being very funkadelic-adjacent. Included in the project are previously released favorites such as “Honey Pangs” and “Become What You Hate” (both of which were featured on Early Rising) in addition to new gems such as “Tiptoe” and Rate Race” which continue to prove why TheLoveofPpl. is still to this day the most slept-on group in the underground scene at the moment (in my opinion). Tapping into the colorful nostalgia of late 60’s and 70’s soul groups like the Chi-Lites and the O-Jays, the Chicago trip keeps things fresh throughout the project through smooth 808s and genre-spanning drum arrangements. The crisp and refreshing vocals of Anai Akuei and Blake Davis playfully spar across the tracks as Blank Face’s production emanates a jazzy and distinctive presence on records that feels just as classic as it feels entirely fresh. Combining the talents of three distinctly different musical talents is no small task, but TheLoveofPpl. prove in this EP that they can not only make it work, but thrive. With smarts, savviness, and class, the group creates vibes effortlessly by tapping into their tight creative chemistry which ultimately leads to products that are contemporary neo-soul at its finest.

Outside of “Honey Pangs” and “Become What You Hate”,  there’s so much unfound gold in this EP so I suggest you dig in. “Rat Race”, “TipToe”, and “Tongue Tied” have been on repeat for me since the day this project dropped and it will continue to do exactly that throughout the holiday season. That said, be sure to make your way to the Spotify link below and give this project the time and love it deserves. This one is special, so I hope you enjoy it as much as I do!