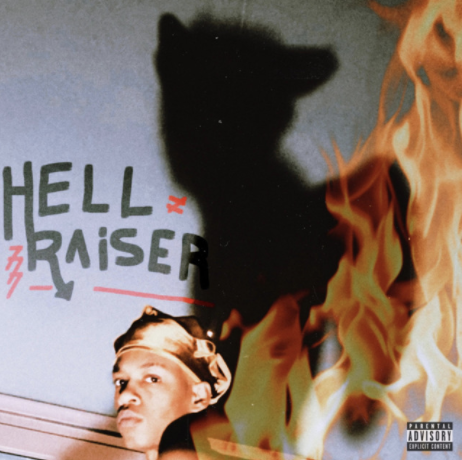 Before we jump into the song, I first want to paint a picture of where 777Villain was just short of three years ago and how we crossed paths.

POV: it’s June 2019.  You’re at ‘The Orpheum’ in Tampa, FL waiting for a showcase of emerging FL rappers to grace the stage.  You hear that there are a couple openers on the lineup but are unsure of who is performing.  Surprisingly enough, the stage is not where we first encounter 777Villain in this story.  In fact, Villain hardly touched the stage that night.  He was allowed a 10-minute performance slot by the venue as the doors were opening and managed to perform in front of a handful of people that were walking in.  Villain was in the crowd, as a 16-year-old sophomore in high school, showing everyone that would shake his hand (including myself) the link to his Soundcloud that was quickly gaining organic traction.  In his backpack was an old laptop and a pair of Turtle Beach gaming headphones that served as both his headphones and the microphone in which he recorded music with.  Little did he know that six months later in December 2019, he would perform alongside those same artists that he watched that night (at the same venue) and eventually form a collective with them.

As artists are continually releasing music and growing their discographies daily, it’s refreshing to go back and shine a light on some of the songs / stories that helped turn people’s heads in the initial stages of their careers.  In this case, we’re diving into my favorite release from 777Villian, “Payday” – a single from an EP called “Hell Raiser” that he released late last year.

“Payday” has a very soulful tone as it opens with a fast-paced piano riff, church organs, and heavy trap drums.  The moment I heard this song, I was immediately hooked and couldn’t stop listening to it.  The gritty recording style, rough mix, and Villain’s authenticity flow through every word.  The song takes you back to being a kid again, a time where being care-free was the only norm.

777Villian is the picture-perfect story of an artist’s come up.  Now living full time in Los Angeles, CA and amassing hundreds of thousands of monthly listeners, it’s safe to say that he’s far from the days of recoding music on his gaming headphones.  How does one go from promoting themself in the crowd of a show to being recognized in the music industry as an artist on the rise?  Sleeping in a couple cars and couches for a while is part of the journey that people don’t usually talk about.  In Villain’s case, he definitely had a couple sleepless nights to get to where he’s at.

Take a second and give 777Villain’s discography a listen. I’m excited to see how this young super star’s journey continues to unfold and what music he blesses us with next!