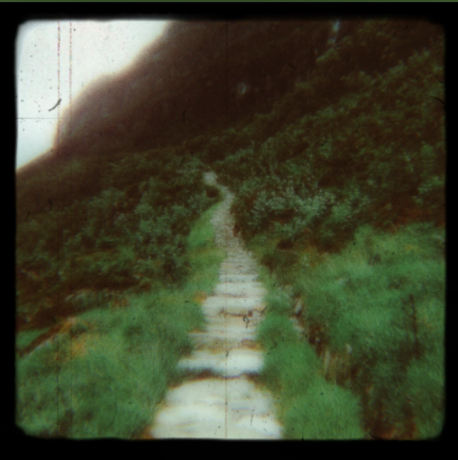 What’d You Expect? is a euphoric exploration of the consequences of loss, shrugging the idea that one’s reaction to a situation is a direct correlation of how a person treats them, further personified within the context of love.

We’re greeted right away with a warm and subdued electric guitar, whose timbre sets the tone for the rest of the song. The sultry yet simple instrument serves as a melancholy guide throughout the piece.

The lyrics and melody are quick to follow, almost immediately introducing the story of someone leaving a situation or relationship and potentially being upset with how the person they left reacts, ultimately leading Late Night Messages to reply with “What’d you expect leaving that day…” Late Night Message’s tone is what, in my opinion, makes this song soar. With a clear tone that cuts beautifully through the mix and hints of raspiness that interrupt the otherwise smooth delivery, I immediately felt the raw emotion that was being conveyed through the song.

The entire mix and master of the song, ​​executed beautifully by Isaac Coston, is perfectly balanced to deliver a straightforward and genuine message that aligns with that of the song itself. With the vocals right in the center, the guitar has the ability to wrap itself around the vocals, making them the star of the piece. It’s clear this was intentionally done so the listener could really focus on what the artist was trying to say, forcing listener’s to enjoy actively rather than passively. It’s also important to note that Late Night Messages felt incredibly encouraged and motivated by his fellow mastering engineer Isaac to complete and pursue this piece. Without his encouragement to release this song, we may not have been able to enjoy this great piece of music from Late Night Messages.

While the overall production airs on the tame side, I think this choice allows the authenticity of the lyrics to soar, as Late Night Messages seems to be almost venting in the form of a run-on sentence with his lyrics. Going on to repetitively say “What’d you expect leaving that day” we can infer that someone potentially left a relationship in a destructive or emotionally damaging way, leaving room for a justified negative reaction from the one that was left. The lack of context regarding the lyrics is one of the biggest appeals of this song, allowing listeners to formulate their own opinions or stories in the context of the situation. This ambiguity, in turn, results in an inevitably relatable song.

Although the vocal melody and electric guitar make up most of the song, they are able to compliment each other in such a way that almost serves as a call and response. Both guiding melodies have the ability to stand alone, and be incredibly hooky, while also intertwining with each other to tell the entire story. Furthermore, the repetitive loop of the lyrics, the vocal melody and the guitar also serve as a parallel of how our mind can fixate on a situation like this and be stuck in a cycle of trying to understand someone else’s actions.

I believe this song stems from a place of someone’s comfort and nice-ness being taken advantage of. Sometimes in relationships, we get to a point where we feel comfortable enough with the other person’s presence in our lives to treat them with a bit more disregard and less empathy. It’s true that some do this without even considering the possibility of the affected person not being as forgiving as expected, ultimately taking their presence and even past forgiveness for granted. What’d You Expect humbles this notion, calling out the idea that one shouldn’t expect a reaction disassociated from the actions they’ve been performing, regardless of how deep their relationship may be.