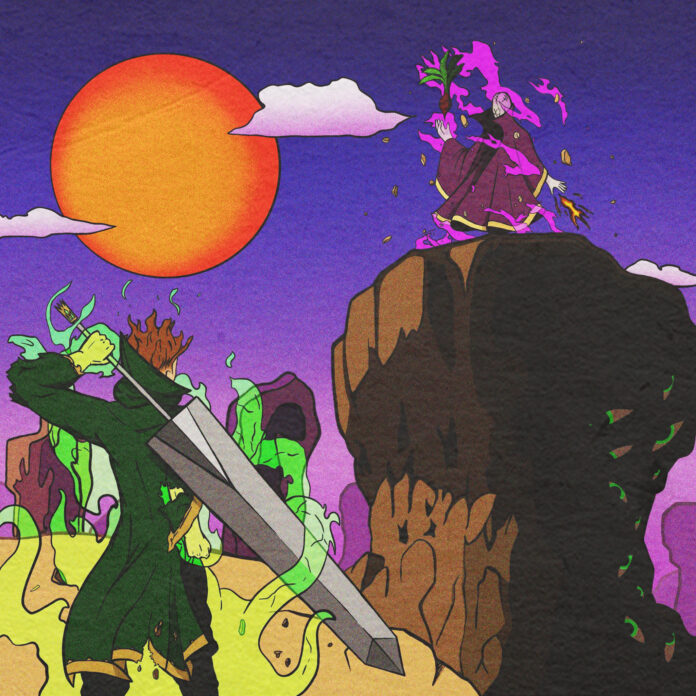 On January 21st, 2022 the multifarious duo of rapper G. King and producer Blank Face Villian returned to the release circle with the disclosure of their ferocious collaborative EP, BLANK FACE KING. Dating back to 2017, the Brooklyn-by-way-of-Detroit rapper and Chicago-based producer have showcased several collaborations, this EP, however, marks the release of their first official joint project. Demonstrating the duos unprecedented creative alchemy, the project marries the rapid-fire, and thought-provoking bars of G. King with the off-kilter production of Blank Face in an immaculate conception worthy of any fan of boundary-defying rap music.

Standouts on the project include the ICECOLDBISHOP and Blake Davis-assisted “Brimstone”, in which G. King ravishes every inch of the grungy, hard-hitting, and 808 driven soundscape. Further showcasing the versatility of the collaboration, Blake Davis seamlessly intercepts G. King’s verses with a smooth R&B chorus that serves as the perfect juxtaposition to the rapper’s machine-gun-like lyrical exposé. Another personal favorite from the EP, “Halleluyuh.WAVes”, is a drunken yet comprehensive cut with a moshable chorus that spotlights the sprawling range of the two masterminds behind the project.

Reflecting on the EP’s personal significance, the duo expressed that, “The BLANK FACE KING EP is a record of ambition, exploration, and dominance in the musical landscape. With fast-paced lyricism, organic instrumentation, and digital quirks, each song was grown without the weight of borders and expectations. With a passion to push boundaries and establish new sounds, this project is a product of internal battles, emotions, and the will to establish a domain.”

Make sure to stay on the lookout for future releases from G. King, Blank Face Villian, and the slew of talented featured artists from this project. As always, you can preview the EP below and stream it on all DSPs. I’m beyond excited to see what these guys have in store for us for the rest of 2022!