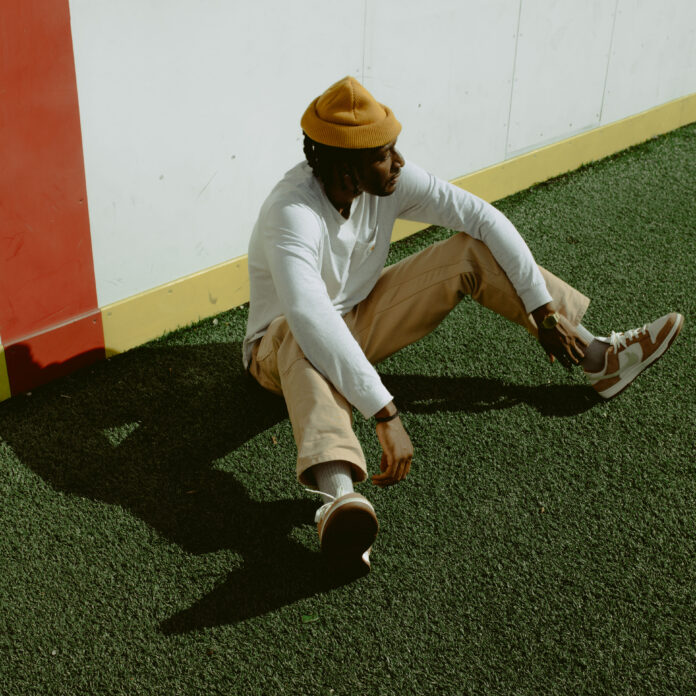 stoop lee is one of my favorite rappers right now. Hailing from the Great State of Michigan, Stoop’s essence and lyricism definitely takes me back to times of infinite nostalgia. Before you knew about trivial things like asbestos and taxation. I digress. I would argue though that stoop makes this look ridiculously easier than it is.

If you’re already tracking on stoop, perhaps you stumbled upon him last fall, when he released his beautiful song “03 FUBU JERSEY”. When I first heard it, I felt like I had been teleported into a world that would have made Shel Silverstein smile. It was medicinal. Something about stoop’s ability to sculpt a story together by nothing more than a few loose vignettes had immediately won me over.

Almost 4 months later, I was notified by a friend that Stoop had made a live version of “03 FUBU JERSEY” recorded live from JK NK studios in Detroit, Michigan and I jumped at the chance to cover and then I was blown away by how stellar the performance was. Stoop is NPR TINY DESK READY. No punch ins, extraneous auto-tune, or haberdashery to hide behind. Just unconditional & pure soul. Oh, and a big big big shoutout to Stoop’s team. Flawless performance. Be sure to follow Stoop on IG @thastoop and Spotify for all the latest!

Irish singer, songwriter, producer, and multi-instrumentalist Cian Ducrot has been taking over the world with his fragile, heart-wrenching ballad, "I'll Be Waiting."...
Read more
ReviewsPremieresVideos

ER Staff
Previous articleRiela // sola
Next articledee holt // Nobody Like You