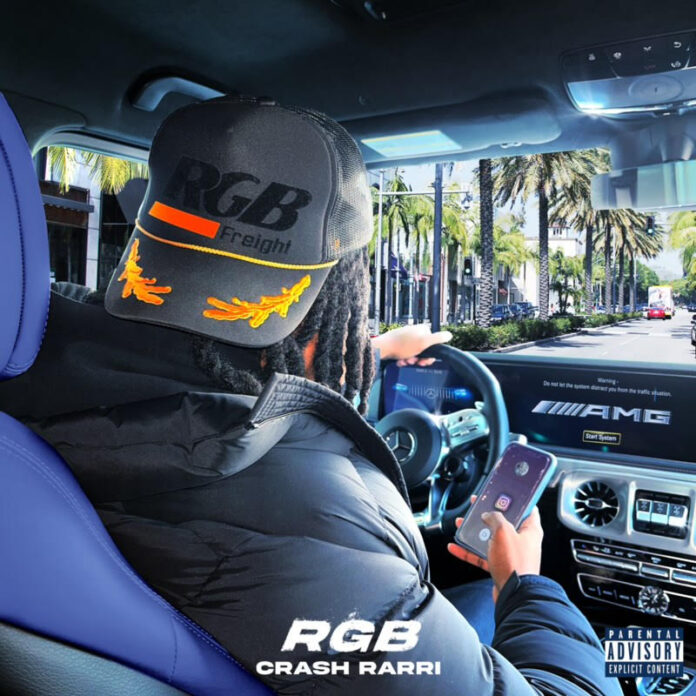 With a sound resembling that of a top charting radio act, Crash Rarri is turning necks (and ears) to his latest release, “RGB”.  The Columbus, Ohio native merges elements of Chicago drill, Atlanta trap, and Florida’s SoundCloud rap into a unique blend that undeniably sets him apart from others in the underground rap space. When I first heard Rarri, I thought he was much larger and farther into his career.  His voice carries weight, and he has a very seasoned aura to his brand as well.

RGB is a fast-paced, high-energy track that grabs the attention of the audience as soon as the song begins.  According to Rarri, “RGB is more like a day in the life of CRASH RARRI, the day I made the song I was slidin AMGs thru Hollywood, RGB cap on the fashion and the rest was history”.  There’s a level of authenticity throughout Rarri’s lyrics that are evident to anyone who listens to him.

If you haven’t heard it already, I highly encourage you to tune into “RGB” and the rest of Crash Rarri’s catalog as well.  This is certainly an artist that has a level of talent and determination that will take him far beyond his wildest dreams.  I’m excited to see what’s next for Rarri and to see how his sound continues to develop.