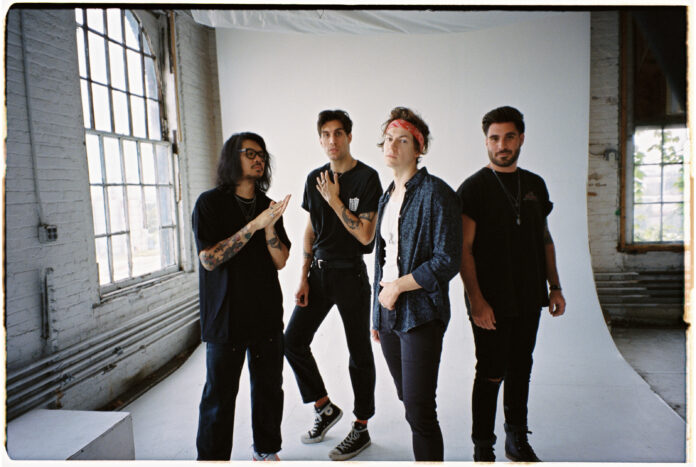 After starting the band in 2010 in Steve’s parents basement, the band has been through extreme highs and lows, but has embraced the entire human journey. Living by their mantra of “unapologetic honesty,” the band creates music about their real-life experiences whether good or bad.

“Passenger” is a feel-good, nostalgic, and uplifting track. It is a boost of serotonin, perfect for dancing around your bedroom, and riding down the highway with your windows down. This track instantly grabs your attention with it’s indie pop/rock sound paired with compellingly hopeful lyrics that will make you want to achieve your dreams.

When asked about the song the band says, “Passenger is about living in the now and making the most out of life, despite the uncertainty we’ve lived through over the last two years,” the band describes. “It can sometimes feel like life is out to get us, but writing this song served as an exercise and a sign for myself to take a breath, and realize that while we can’t change our past, if we focus on the now we can still progress.”

Young Rising Sons have cultivated an extremely exciting sound, and I cannot wait to listen to Still Point In A Turning World in its entirety – seeing their vision come to fruition. Listen to the band’s music, stream “Passenger” today, and get pumped for their debut album.