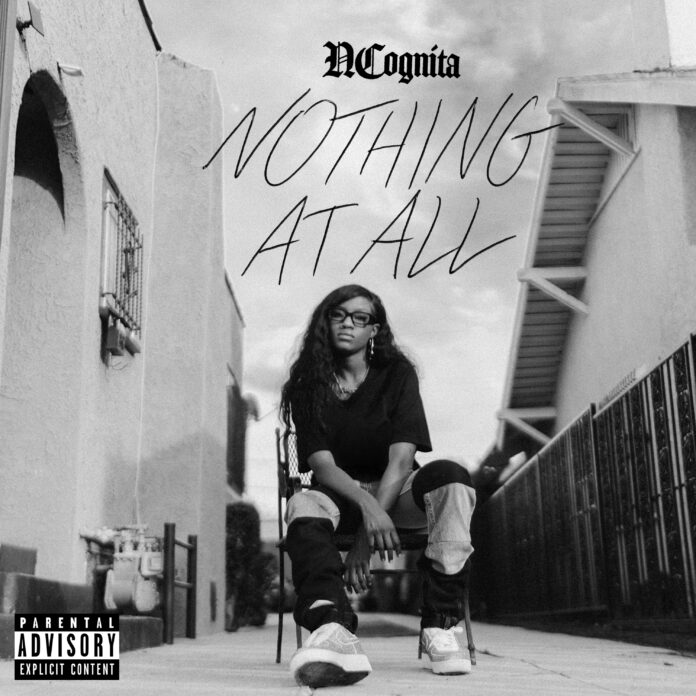 Understanding the history of hip-hop when getting involved with the genre in any capacity is important, especially if you’re an artist. In 2021, rising South Central, LA-born lyricist NCognita used her “Short N Sweet” video series to prove she had done her homework. Across the four impressive music videos in the series, she delivered four completely different vibes and included the essential elements of hip-hop in each. To explain their individual significance, NCognita used Instagram to break it down for those in need of a refresher course. At the moment, however, it’s not her accurate depiction of hip-hop’s fundamentals that has us excited. Instead, it’s her latest single that has our undivided attention. The introspective record, labeled “Nothing At All”, was released this past month and is her first official single of 2022.

NCognita takes an in-depth, critical look back at the past four years of her life during “Nothing At All”, offering perspective on choices she made and various feelings she had during that time. While on this trip down memory lane, she mainly recalls experiences with love, describes attending college, and briefly touches upon the acceleration of her career as an artist. She reiterates on the record’s hook that, despite the impact they had on her in the past whether good or bad, these situations are fleeting. Ultimately, NCognita demonstrates immense maturity by explaining how she’s learned from each specific scenario. Additionally, she notes, this kind of transparency from her will be temporary and the curtain on her emotions won’t be pulled back for long. Once the song is over, she’ll remain unbothered by her feelings on the surface.

The “Nothing At All” audio was also supported by the release of a live performance visual, which shows NCognita performing the record alongside four instrumentalists and two background vocalists in an intimate studio setting. Overall, it’s an incredible rendition of the record from NCognita and her bandmates which culminates with a melodic guitar solo. The live performance also offers a subtle, deliberate visual nod to NCognita’s intent with the record, which you’ll have to see for yourself to fully grasp.

As NCognita continues to grow and evolve as an artist, we look forward to the release of more music over the coming months. The idea of a structured project has been teased but nothing has been officially confirmed yet. So, for now, we’ll have to wait and see what the 21-year-old has planned for the rest of the year. Until that new music arrives, there’s nothing else you should be streaming other than NCognita’s latest drop linked below, truly “Nothing At All”.