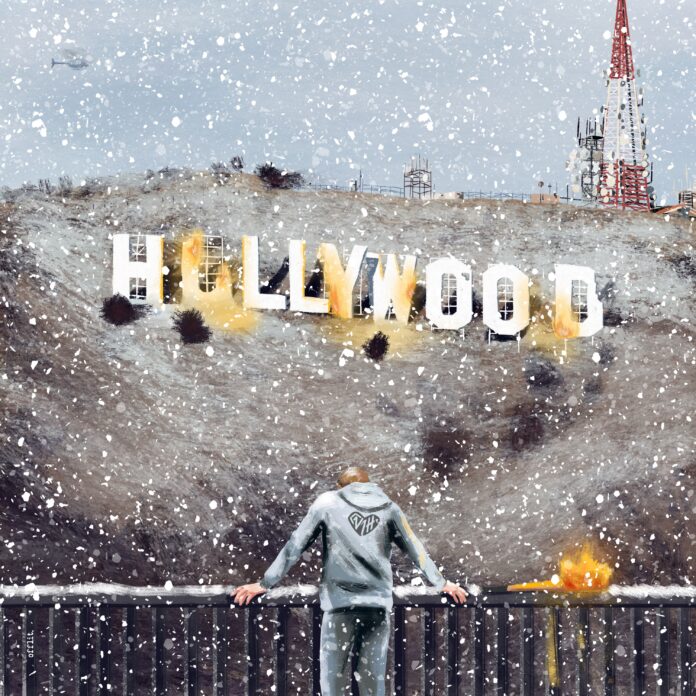 Hollywood. The Black Dahlia. Bukowski. I can say way more. Watching Mac Miller on Ecstasy at Fools Gold Day off. Getting lost in the wrong neighborhood in LA. Gas prices. Dr. Seuss’s wonderland. The 50,000 plus servers memorizing lines, whilst serving Caesar salads with locally-sourced kale.

Buppy. is kind of a fucking G. It’s one thing to pack up all your belongings in a U-Haul and head to the final frontier to pursuit the quixotic ambitions that every artist inevitably undertakes when they commit to their self mastery. The irony is, few do. They get jobs, they develop bad habits, they get lazy. Buppy. has been showing nothing but signs of growth with each incremental release, whilst continuing to expand his sonic palette. He just turned 18.

C.N.I.H. (short for “Cold Nights in Hollywood”) continues Buppy.’s signature penchant for self-exploration and Kerouacian-esque journalism. Fans of Potsu’s work on XXX’s 17 will admire the production work on C.N.I.H., a pleasant blend of high and low acoustic strings act as a North Star for Buppy.. Our noble hero from Utah. Hooray young wizard.

California is undefinable. It’s water. Formless. Buppy. possesses a fearlessness to explore every feeling that resides in the human psyche. “Hollywood is still cold”, he decries from jump. My intuition tells me he could be fucking huge this time next year. He can break you off with some bars, hold a note, and then croon your girl.. talking fancifully about some personal experiences people 5-10 years older than him are going through.

All that said, it’s no surprise C.N.I.H. is Buppy.’s biggest record to date. Rotten Tomatoes would score it “certified fresh”. That’s all before we account for the video. Already possessing an innate chemistry reminiscent of DiCaprio x Scorsese, the Buppy. x Anthony Palmer connection has struck again. This time uniting for their most creative undertaking yet. Flawless VFX work. I’m done. We need more artists that aren’t afraid to be human. Buppy. personifies this sentiment. Watch below.