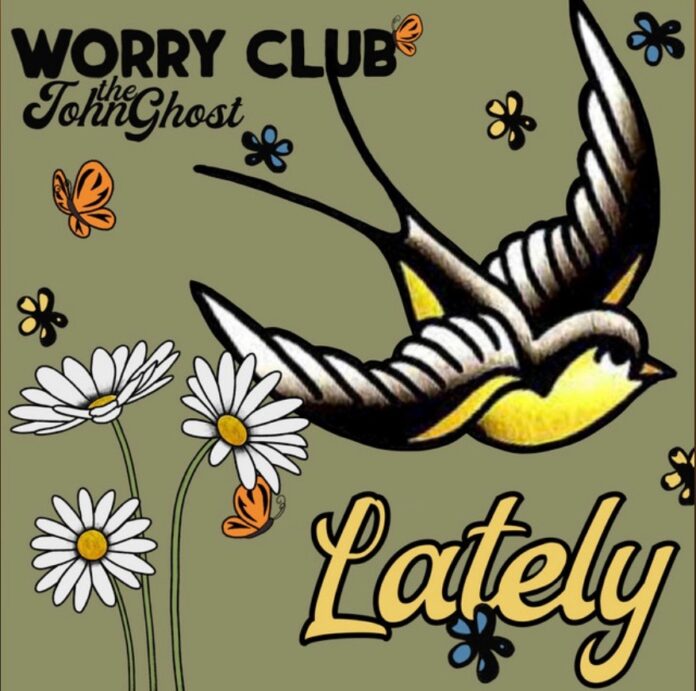 Returning to the release circle for the first time this year, “Lately” featuring John The Ghost, is the most recent offering from the unconventionally brilliant artist known as Worry Club. For those of you who are not yet familiar with the budding star, you are in for an immediate treat.

A true musician who consistently wins over the hearts of new listeners with his ambient melodies and textural production prowess, Club has proven to be one of the most consistent deliverers since his debut release in 2020. Now teaming up with a seasoned veteran, John The Ghost of Maine, “Lately” showcases exactly why Club is one of the most promising artists on the scene today.

The instrumentally cyclical yet melodically explorative nature of “Lately” allows for listeners to sit back and relax as Club serenades their ears with his vivid storytelling acumen and signature washed out guitar strumming. This is a great track to have in rotation during a road trip, and has proven to be a great solo and group listen.

Implementing a truly idiosyncratic textural approach, there is a certain grit and emotion in Club’s music that perhaps most closely reminds me of legendary acts such as Nirvana and Radiohead. From where the young artist stands now, there is a limitless number of sonic paths he could go down, and that is exactly why he keeps listeners on their toes from release to release.

As words can only go so far in describing the sprawling musical exploits of Chase Walsh, this is one you’re just going to have to check out for yourself. As always, make sure to hit the Spotify preview below and tap in with the artist across socials @WorryClub. Peace!