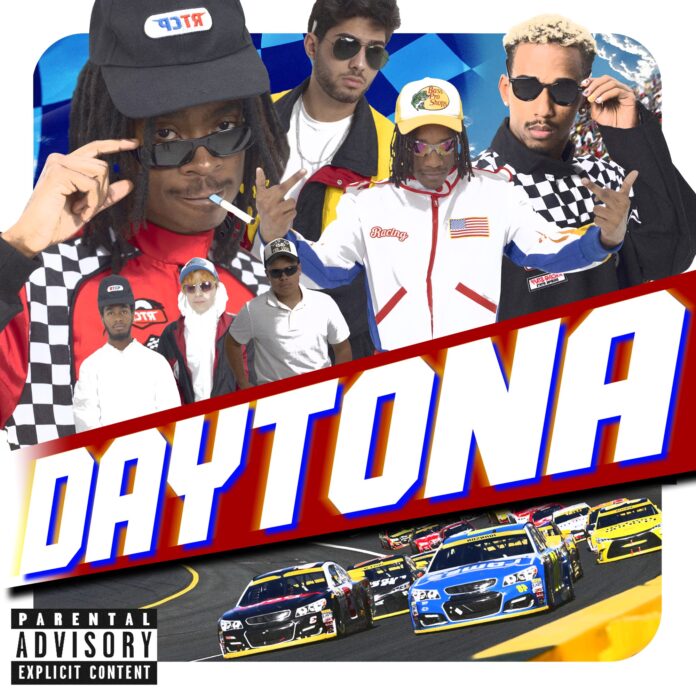 If you don’t make the stank face at 15 seconds, I can’t trust your taste in music.

Rising Tampa Florida collective Barely Legal is shaking up the room with their track “Dat Way”, one of three songs off of their EP “Daytona,” which was released on January 28th of this year. The collective consists of four artists, two graphic designers, and two managers, with each person bringing something special to the table.

There’s no other way to say it, “Dat Way” is a certified slapper. When the song began, and I heard those horns… I knew it was over. They catch your ear instantly, and the melody that’s being played is so climatic that you’re sitting there waiting for the beat to drop and when it does…it sounds off. I damn near got a headache because of how badly I was bobbing my head to it. And the overall structure of the song brought different energies and flows, with each verse building upon one another.

The video, directed by Apollo Nava, brings just as much energy as the song does. And was able to capture the picture I had in my head while listening. There is a bunch of stuff going on, and the cinematography, including the color plus the selection of shots conform cohesively to make a dope video. They utilize the run and gun style of shooting and are able to capture some clean performance shots, but they also mix in some form of storytelling. Overall, you can feel the liveliness of the video, and that feeling reflects onto the viewer when watching.

You can check out the video here:

In short, be on the lookout for Barely Legal, the energy of this collective is infectious, and their talents will catapult them far. Make sure you follow their Instagram, and you can do that by clicking here. And “Dat way” Is available on all streaming platforms, but you can also listen to the track right here: