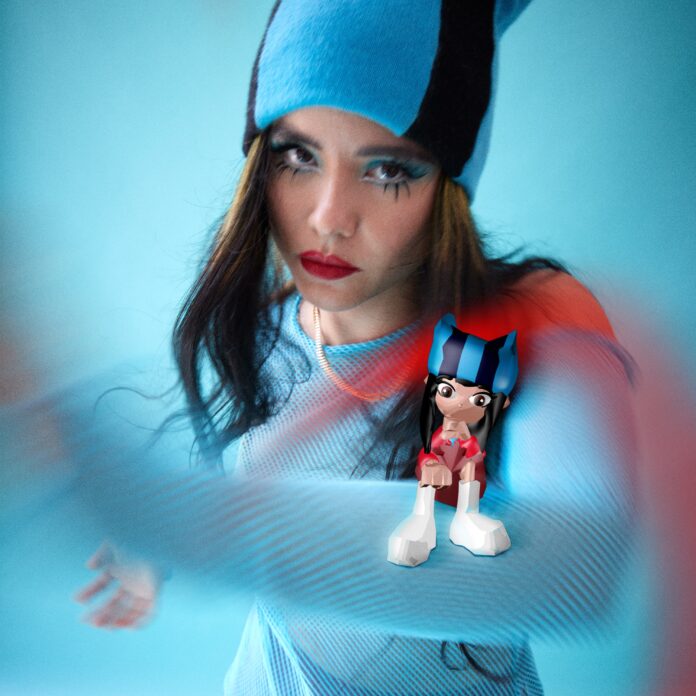 Los Angeles-based genre-bending singer-songwriter and fashion icon THE BLSSM just released their latest single “NOT TODAY” with an announcement of their highly anticipated sophomore EP PURE ENERGY out on April 29th, 2022.

The brilliantly nostalgic song that is “NOT TODAY” channels a true 90s pop-rock sound, while also sharing introspective lyrics about getting through the day – the highs, lows, and everything in between; the melodically entrancing and catchy chorus will be stuck in your head for days to come.

THE BLSSM shares, “‘NOT TODAY’ echoes both my day-to-day triumphs and anguish. It was written about the small nuances of joy I thieve, collect, and steal to keep in my pocket to get me through an ever rat-race agenda of wanting more, wanting everything, and wishing. Sonically, it captures my influences retold and revived into my own sonic palette.”

“With production from my Dad Mark Lizotte, Suzy Shinn, and written alongside Nick Long – these people being all close to my heart – the song was written with intimacy and celebration and feels like a pure extension of my personality. If I had my own TV show, this would be the theme song.”

This brilliant anthem is accompanied by a tasteful music video directed by Sophie Hur that compliments the tracks’ nostalgic sound perfectly while highlighting independent fashion designer Jessica Kao’s custom outfit adorned by THE BLSSM throughout the video. The BLSSM’s avatar/digital companion also appears in the music video, becoming a staple symbol/creation in their creative journey.

Following the release of “DIZZY,” the first song unveiled from their EP PURE ENERGY, “NOT TODAY” proves to be yet another exceptional musical creation that showcases this rising artist’s ability to create unique raw masterpieces without conforming to a specific genre.

Check out “NOT TODAY” and its companion music video, and get ready for THE BLSSM’s EP out at the end of April with more exciting songs like this one. If you’re lucky enough, you might even get to see them live on tour with Role Model starting in April!