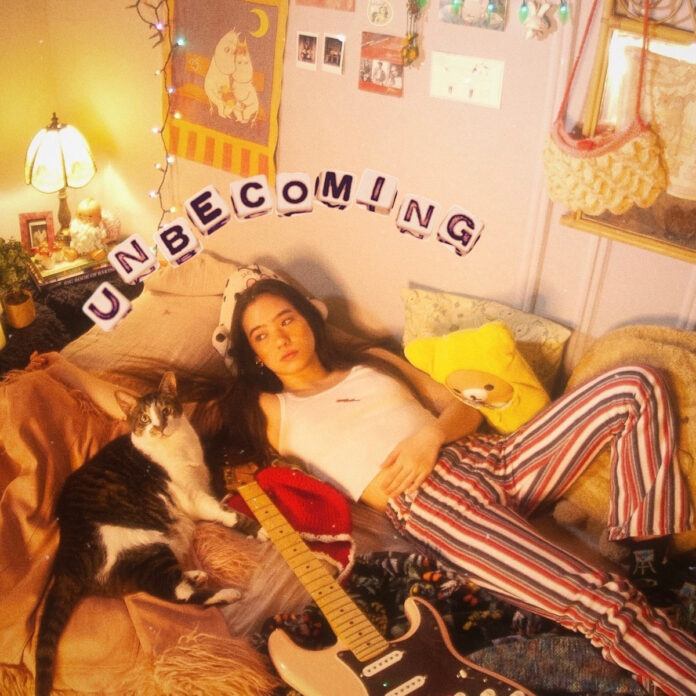 At this point, Chloe Berry is no stranger to Early Rising. In the past, I reviewed her single “Not Thinking Right,” and before that I had the lovely opportunity to chat with her about her “Blueberry Jams” EP in a Q&A. It has been wonderful documenting Chloe’s musical journey over the last year, and today, I am happy to be sharing her latest single “Unbecoming” with Early Rising’s readers!

Disguised in bedroom-pop instrumentation, “Unbecoming” is a bittersweet anthem sitting in the fuzzy space between childhood and adulthood. One of the greatest shocks of adulthood is realizing that you are never getting any younger. It seems obvious, but it is one of those things that does not resonate until you truly internalize it. “Unbecoming” explores this inner-conflict of feeling nostalgic – not only for the past – but also for one’s younger self. In the chorus, Chloe sings, Nostalgic for the me I used to be / Before the world got to me / Oh and if I could see / What I will be / Would I feel so lonely.

Through its production, “Unbecoming” further builds upon its theme of longing for the past. Subtle electric guitars accompanied by Chloe’s sweet and subdued vocals transport the listener into a sentimental flurry. This might be a specific reference, but “Unbecoming” gives Pink Slip energy – Lindsay Lohan’s band in the film ‘Freaky Friday.’ By the time the chorus hits, the instrumentation crescendos into an ensemble of distorted guitars, pumping bass lines, and upbeat indie-pop drums. Towards the end of the tune, the instrumentals slowly fade into static noise and wind chimes as Chloe admits, I’m unbecoming me. Equally nostalgic as it is catchy, “Unbecoming” is fit for a coming of age film.

Chloe Berry is a 21 year old singer-songwriter based in New York. With the help of her boyfriend/producer Spoonuel, she brings her musical imaginations to life in a way that feels special to hear.

Stream “Unbecoming” and check out its official music video below!