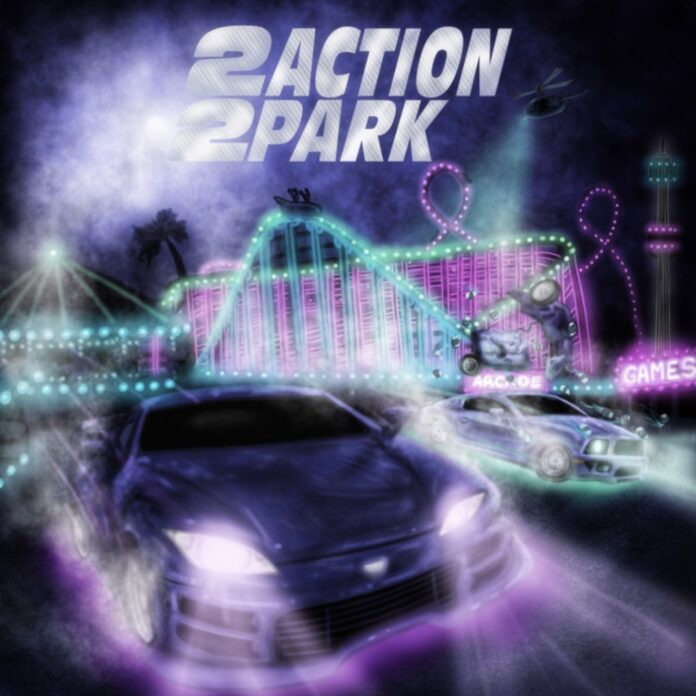 It’s not everyday that you’ll come across a project that’s as forward-thinking as the body of work that I’m going to be writing about today, so if you are into underground rap, prepare yourself for the extreme. Although it wasn’t until recently that I became familiar with producers Dolphin Talk and Stephen Niday, I sure am glad that I did as they put together one of the most  unique underground rap projects that I’ve come across during my time at Early Rising. Producer duos need more love than they often get in the rap and hip-hop circles, but in reality there just aren’t a ton of them to begin with, especially duos that push boundaries in the way that we will see here today, so that just gives us all the more reason to get lit over this new drop. A sequel to the original “Action Park” which was released back at the beginning of 2021, Dolphin Talk and Stephen Niday’s newest project is essentially an all-pro game for the underground rap scene and it delivered.

One of the most beautiful parts about being involved in music is the art of collaboration and Dolphin Talk and Stephen Niday’s new tape “2 Action 2 Park” which dropped on Friday, April 1st is a prime example of the magic that can occur when a bunch of minds come together and work towards one ultimate goal. With appearances from the likes of Polo Perks, ATL Smook, Youngsixflags, Babytron, RxK Nephew, YT, Pollari, Texaco, Young Zukaa, Muddymya, Bennyman, Dee Aura, Caal Vo, and some of my personal favorites, Big Baby Scumbag and 3ag Pilot, this tape leaves absolutely no stone unturned. Knowing that they were able to feature 90% of your favorite underground rap acts, it only made sense that they did the same on the production side. By including the minds and talents of producers such as Fireman, Glumboy, Aidan, Bennybaby, DJBangoutbeatz, Hadif10k, and Boombapgrandad, “2 Action 2 Park” proves to us all that there can never be too many cooks in the kitchen. Across the 14 song project there are simply too many gems to count, but I promise you that if you take the time to dive in, you will find gold. Some of my personal favorites include “french fry”, “tony stark”, and “big b bentley”.

That said, if you are ready to go on a journey through the underground rap scene then Dolphin Talk and Stephen Niday’s “2 Action 2 Park” is calling your name. And while the concept behind the project is pioneering, more than anything the music is actually that good, so take some time on this beautiful Thursday and do your ears and mind a favor by listening to “2 Action 2 Park”.

Barely legal are so cool. They’re outta Tampa, Florida which I’ve found to be a hotspot for not only great but innovative...
Read more
ReviewsProjects