LoLifeLane / This Is Not A Drill 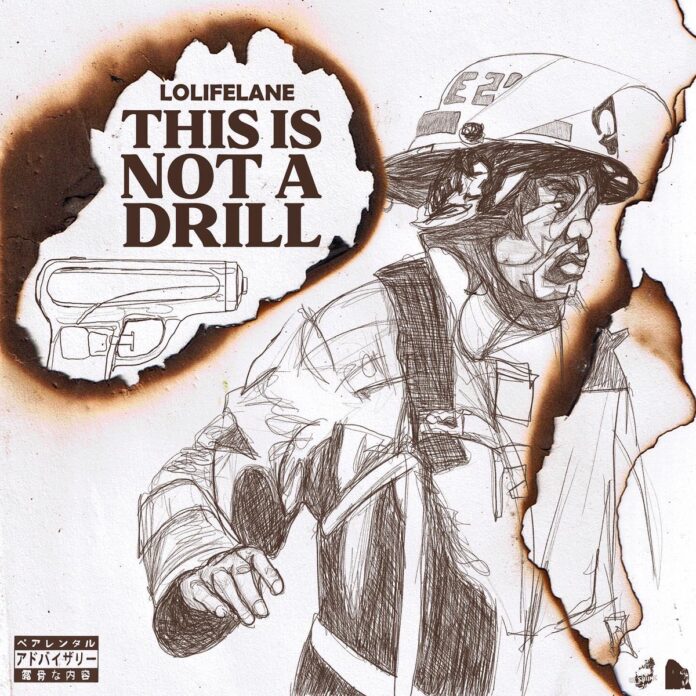 It’s not everyday that I take a deep dive into the midwest music scene, but when I do it brings me back to my Michigan roots where I once claimed residence. Although I spent the first twelve years of my life despising the state down south, I’ve come to terms with the fact that I can’t hold a grudge over the state of Ohio for forever and this article is a reflection of that. After all, I do love Lebron James, so while I may never come around to Columbus, I can get behind Cleveland, Cincinnati, and Akron. Cleveland’s LoLifeLane has been a staple in the Ohio music scene for a while now, consistently blessing the fans with stellar shades of his talents. With releases on Spotify dating back to 2015, LoLifeLane is no stranger to the release circle and his newest addition to his discography which I’ll be discussing today might just have the firepower behind it to be his most successful project to date. So without further ado, let’s get into what truly matters – the music.

Released back on Tuesday, April 12, “This is Not A Drill” is LoLifeLane’s newest offering and it makes a strong argument for being his best yet. “This is Not A Drill” looks outside of the standard production Ohio artists seem to choose. He decided to float atop all drill beats for each of the eleven cuts on the project. Although we are used to hearing New York and U.K. drill, I can’t say I expected this sound to come out of Ohio, but little did I know that LoLifeLane would deliver in a big way. With features from the likes of Cassius G, Freshie, Xuperp, and Baul4l, we are taken for a ride throughout the intoxicated skies of the project. You can hear a variety of hypnotic tones and cadences from Lane, tip-toeing around the auditory pocket, all while pushing impressive lyrical boundaries. An experimental project with a great deal of bounce to it, this is the new wave coming from a veteran evolving and he’s only getting better.

If you haven’t already, make sure you take some time to digest LoLifeLane’s “This is Not A Drill” on this lovely Monday night as it deserves your attention. There’s something exciting brewing here, so keep tabs on LoLifeLane after you peep the new project because there are more great things coming from the Clevelander if this project is a sign of what’s to come!