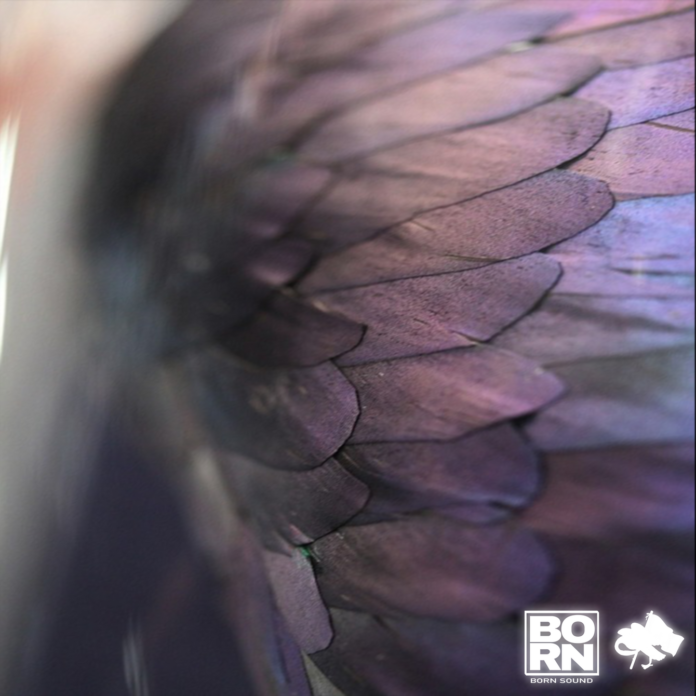 Whether quality or quantity is more important, in regard to releasing music, is a constant topic of debate amongst musicians and industry members alike. The general consensus, on whether to release a surplus of records or strictly the best songs, is ever-changing as fan listening tendencies shift and social media norms morph. In recent years, it’s no secret that heavily marketed singles have reigned supreme in both fan attraction and retention. Since they were first introduced to the app store, social media tools with a focus on quickly digestible content have dominated how fans find their next favorite song. However, there still remains room for talented artists to let their music speak for itself without subscribing to common marketing tactics or following the latest trends. Within this space, where music remains the focus, there are a few artists making incredible music at unbelievably consistent rates. This is where enigmatic artist and producer Dom Sarfo operates; at the pinnacle of quality, at a steady quantity, and with music as the main priority. Earlier this month, he released his debut EP titled “Time Will Tell” and it effectively cements his position as one of the most exciting up-&-coming musicians.

Boasting seven tracks in total, “Time Will Tell” is a mysterious, raw combination of rap and r&b. During the EP, Sarfo mainly grapples with his current position in the industry, the toll his dedication to music has taken on various relationships, and where his mental state currently resides. Brooding production creates an ideal setting for him to take an in-depth look at his time; time well spent, time wasted, and time lost. In addition, “Time Will Tell” is majority produced by Sarfo himself, thus providing him with unparalleled creative control. This oversight is most apparent, arguably, on the second and third tracks of the EP titled “Hill” and “Weight”.

“Hill” is the full Dom Sarfo experience and the most comparable track on “Time Will Tell” to his previously released singles. The first half of the record is an unrelenting, emphatic display of confidence. Heavy kicks stomp along while Sarfo comments on the distaste he has for some of the people in LA and reveals being “chosen” is the main reason for his lack of haste musically. He reiterates that he’s prepared to metaphorically die on this hill during the first half of the bridge. Then, unexpectedly, virtually every layer of the beat retreats all at once. It’s this switch that gives Sarfo the perfect opportunity to ready his second act, where a less intense combination of the same instruments will allow him to take a more introspective approach. As the beat returns, he touches on his relationship with his mother and how he’s constantly thinking of her health. He additionally explains that, despite a calm external demeanor, he’s aware of the urgency required to take his career to the next level. These dueling perspectives, between the first and second halves of the record, together behave less like a structured song and feel more similar to a play. Overall, it’s a beautiful performance by Sarfo displaying his occasional, exaggerated external confidence and actual internal emotions. Sarfo’s execution of this concept, use of his incomparable sound, and clear knack for production on “Hill” solidify his versatility as both an artist and producer.

Immediately following “Hill” is the lead single for the project, labeled “Weight”. Resembling the ticking of a clock, the opening notes of “Weight” act as a literal reference to the aforementioned theme of time across the EP. Sonically, Sarfo’s incredible range takes center stage throughout, as he beautifully extends various rhyme schemes and melodies. Toronto-based singer/songwriter Chris LaRocca, the only feature on “Time Will Tell”, compliments Sarfo’s performance periodically with gentle background vocals. Contextually, Sarfo revisits his relationship with his mother, noting that the moments they spend together are of the utmost importance; “My mama gettin’ older, wish that time would move slower”. Together Sarfo and LaRocca deliver a deep, ethereal record that’s yet another reminder of Sarfo’s prowess as a composer.

After allowing “Time Will Tell” to play through, it becomes abundantly clear that the EP isn’t merely a collection of seven random records, it’s one coherent idea. The project is well-balanced and contains diverse, extensive concepts that get more apparent with each new listen. Dom Sarfo delivers a production masterclass throughout and the one thing that can’t be debated or contested in music: consistency. In addition to the release of “Time Will Tell”, Sarfo also recently notched a notable production credit on Fivio Foreign’s debut project “B.I.B.L.E.”. This, if anything, is a testament to his work ethic and only reinforces his status as one of the most versatile and skilled emerging musicians. With that being said, the immersive, sixteen-minute-long “Time Will Tell” experience can be streamed now via the Spotify link pasted below. Let us know what you think!