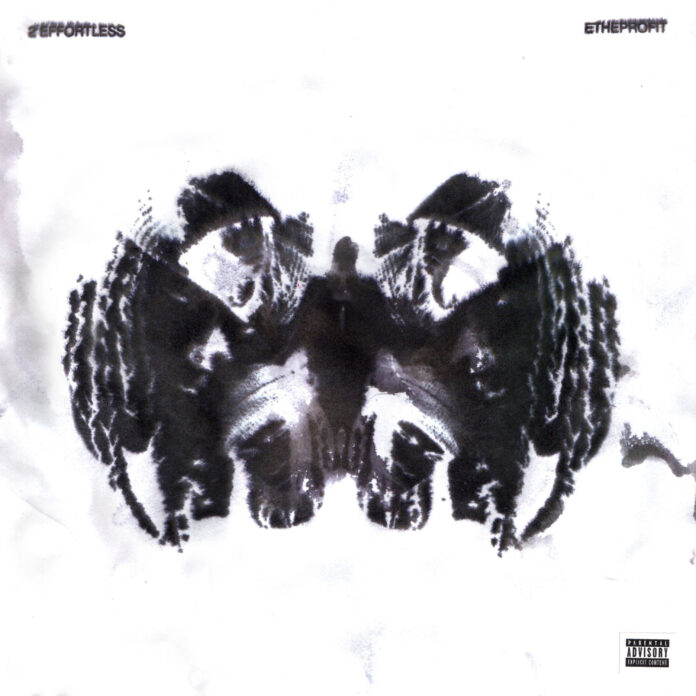 E the Profit showcases his elevated progression and talents on his sophomore album entitled “2 Effortless”. Linking with Rocco for the majority of the instrumentals and getting an assist from Coach Cam on the infectious “Dutches”, this Kentucky native shows no signs of slowing down.

The standout of this album lies within the lyrics. With topics varying from love and lust to the come up of his career, E has the ability to convey an enticing message while being vulnerable and creating great songs. The production is unmatched as well, with beats that are collectively cohesive but have the ability to stand out on their own. Each beat showcases hints of rage but heavy influences from R&B as well. I really liked this experimental mix of sounds, as it ultimately created a unique soundscape for E to perform over.

My personal favorite song from the project was “Beat Em Down” since the production and melodic delivery were distinctive genre bending. With noticeable R&B influences, the vibey rap track allows E to talk his shit and flex while putting listeners in a groove.

The 23 year old remains humble and focused all while trying to make a name for Elsmere, Kentucky, the place that raised him. This isn’t the sound of Harlow, Tiller, or EST Gee, this is E’s sound that he’s building and getting better with every release.