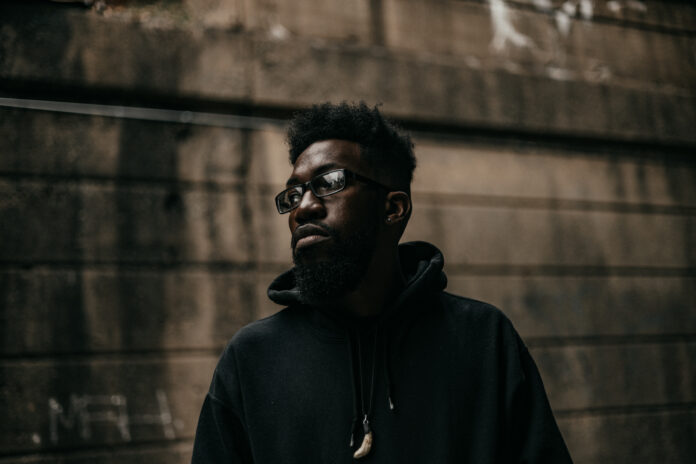 Madison, New Jersey’s Dzh is a double threat, boasting sharp skills as both a rapper and producer. Beginning with engaging early projects like his 2019 debut Under This Hoodie and 2020’s The Durag Tape, the artist carved a niche for himself as a rising voice from the East Coast to watch. Now, he has returned with a brand new full length album called “Dante’s Inferno”, an appropriately blazing album that showcases his versatile skills.

An immediate stand out is the upbeat offering “CORNERSTORE.” A dynamic expression of hooky melodies and high energy production, the record creates a perfect in-the-pocket groove. “CORNERSTONE” flows beautifully into “ETHIC”, which consists of similar energy. Until it doesn’t. “ETHIC” features an unexpected switch up halfway through, where we shift gears from high energy heavy hitter to a melancholy breakdown. The second half gave Dzh the space he needed to be more vulnerable lyrically while maintaining his catchy melodic precision.

A unique element to “Dante’s Inferno” was the usage of a woman’s voice as a transitory element. This adds a personal and somewhat sensual touch, tying together the body of work.

Although the album starts off with a bang, it explores other energetic spaces. The latter half of the project consists of slower songs that are still as equally compelling while offering a nice contrast. Dzh’s diversity, demonstrated throughout his album, is quite refreshing. The track “RESPECTFULLY” is a slower standout, as Dzh doesn’t hold back on being open in regards to his artistic journey. He touches on the exciting effects of success while also making an effort to remain humble in the realization that there’s still a lot more work to be done.

Across this album, Dzh offers a versatile, sonically gripping set of songs that imprint themselves upon the listener’s memory. One can only look forward to what may come next from the New Jersey artist, considering the sound he presents here. I am incredibly impressed with and excited to keep up with Dzh, as this seems like just the beginning for him.