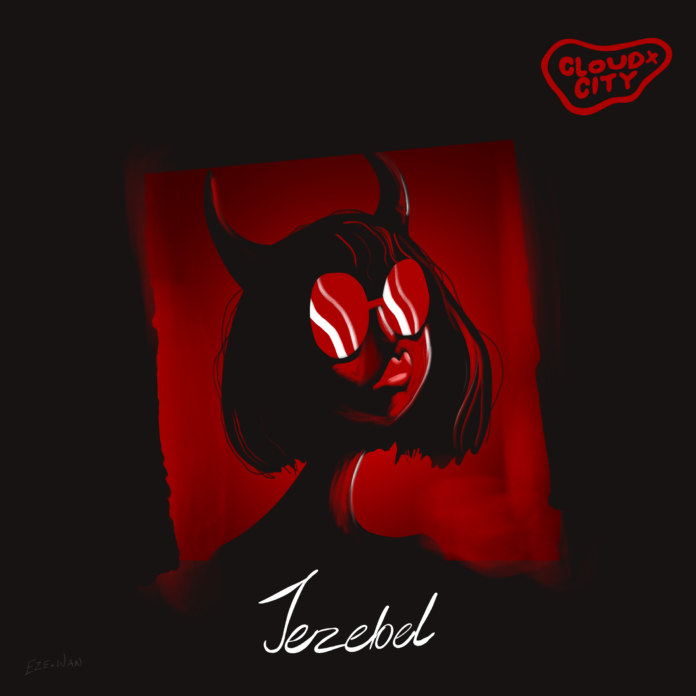 Before joining forces to create CLOUDxCITY, these two creatives were pursuing separate paths in life. Born during the pandemic, Enjel and TAS took their own experience, melded them into one, and concocted an exclusive hypnotic fusion of hip hop, electronic, and dark pop sonics that they have coined “existential hip hop.”

Individually they both wrote, produced, and engineered for notable artists like Selena Gomez, Meg Thee Stallion, Zedd, Eminem, and more – together, they strive to make a name for themselves.

“Jezebel” showcases CLOUDxCITY’s diverse genre-bending sound, with an energizing pop hip-hop beat and Latin-inspired production. Lyrically the duo uncovers the feelings of lust and temptation for a female seductress – romanticizing and demonizing her charms, which is also shown visually in the music video for this track.

“One-day ENJEL pulled up to the studio in his feelings after getting played by a girl that he had been with for months. We found this experience all too relatable so we decided to write about it.” – CLOUDxCITY

This duo has cultivated an extremely exciting sound that is a game changer. Listen to “Jezebel” today – this song is definitely going to be in the clubs this summer.