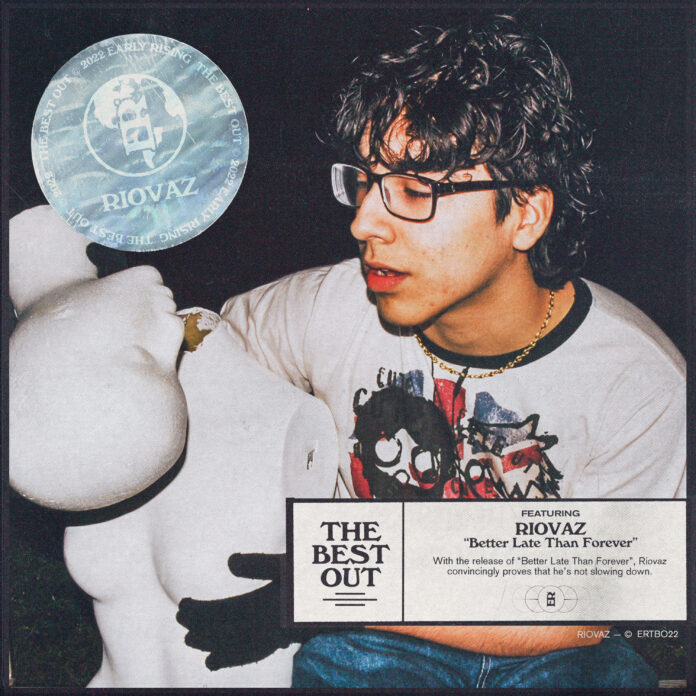 Sam: First off man, how are you feeling bro? How’s life?

Riovaz: Dude, I’m feeling great. It’s always great to release music, especially when the fans are fucking with it the way that they are right now, greatest feeling.

Sam: So as far as this project, give me the details as to what this song means to you. What did it take to bring this thing to life?

Riovaz: Yeah, so the first song I made for the project was the last song called, “My Youth”; I made that around October, but when I made it, I wasn’t expecting to drop an EP. I kind of planned on dropping an EP when I dropped, “I feel fantastic” in December. From December on until March, that’s when I worked on the EP. I’ve just been working every day on this shit.

Sam: What’s your favorite song on it?

Riovaz: My favorite one has to be the last one. “My Youth” or “God Save The Girl”.

Sam: Bro “God Save The Girl” is so catchy! Did it take a minute for you to write that or was that just off the top?

Riovaz: That was really off the top man, most of my songs usually happen that way!

Sam: I know you just released this project, but what are you looking forward to after all of this?

Riovaz: I’m just going to be dropping bro. Like, I already know what I’m going to drop next and the direction I want to go into next. I really pre-plan all of my drops because I have the vision consistently.

Sam: Have you always been like that as far as consistency or was that learned?:

Rivoaz: Yeah dude ever since I started when I was 13 and making music consistently. It’s always been about having a plan and going for it.

Sam: So you’ve been doing this for 5 years…How have you seen your evolution over time?

Riovaz: The evolution is actually crazy. I started with rap, then started getting in to a lot of alternative stuff, then I became more experimental. I mean, you just don’t realize the evolution as time goes on, but once you take a second to think about it and dive into your older shit, that’s when you realize how far you’ve come.

Sam: Alright, last question and I’ll give you some time to think about it; but, let’s say no one has ever heard your music before…how do you want that person to feel when they hear your music for the first time?

Riovaz: I want them to feel lit dude. I feel like my music can go both ways though. Like it sounds really happy but if you listen to the lyrics, it’s dark; so it’s up to interpretation. I want people to feel whatever they’re feeling when they listen!

South Dakota native and Nashville based singer-songwriter Tiffany Johnson, is the creator of an incredible, catchy, and relatable track that has been...
Read more
Home FeatureReviewsProjects