Khi Infinite / Keep Your Head Up 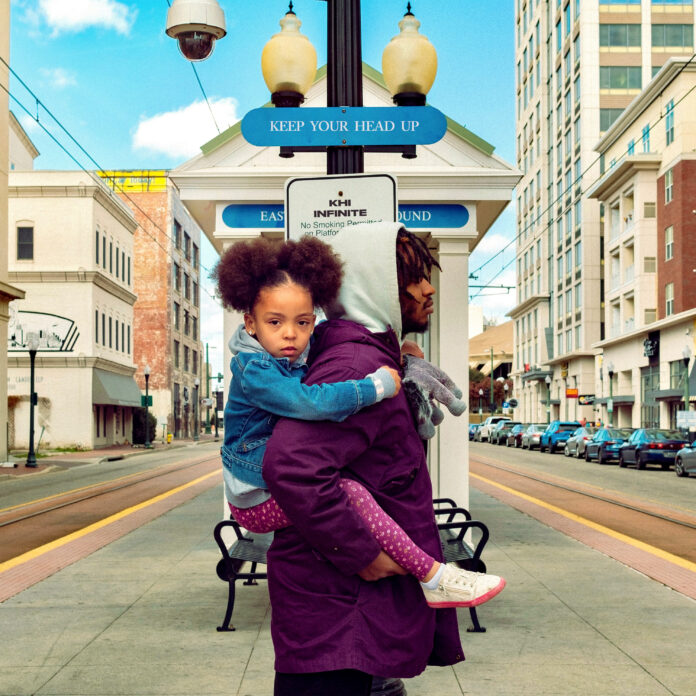 Since his last release (“MISSED CALLS”) back in December, Virginia Beach up-and-comer, Khi Infinite, has made the most of his time off. He never wanted to be a “TikTok Artist” or “Reels Artist”, but when he began to unlock the potential of the platforms for growing his fanbase, all of the sudden the mood began to shift. After posting over 300 Instagram Reels, gaining over 30,000 new followers on Instagram, and over 3.4 Million video views across sounds that include his song “KEEP YOUR HEAD UP”, it became crystal clear that Infinite had begun to make career-changing strides in just over 2 short months and his new release proves that he is now ready to take the next step.

Released back on Thursday, April 28th, “Keep Your Head Up”, is Infinite’s first single of 2022 and the moment that he has been working towards for months. In six short days, Infinite has already accrued over 25K streams on Spotify and over 50K total streams across DSPs. In the song, Infinite showcases his refined sound and uplifting messaging which ultimately highlights who Infinite truly is. Released under APG (Artist Partner Group), “KEEP YOUR HEAD UP” marks the start of new beginnings as Infinite delivers his most successful roll out to date. With an official music video, lyric video, merch drop, pre-save streaming party event, and in-person release party in his hometown to raise money for the Coastal Virginia division of the National Alliance on Mental Illness, Infinite has prepared himself to not only have a great release, but most importantly, make a meaningful impact through his music and actions. A self-produced acoustic tune, “KEEP YOUR HEAD UP” packs a calm and collected instrumental, beautiful vocals, and impactful lyrics all into one.  Speaking a bit more about the song, Infinite had this to say:

“As humans we believe progress is what we see, forgetting progress really starts within. Looking inside and trusting myself, my vision, and the process has allowed me to receive a lot more than just fans, I’m gaining family through the music. KEEP YOUR HEAD UP is an affirmation we can all live by.“

If you haven’t already, be sure to check out the Spotify preview link and the song’s music video (in collaboration with Mad Street Films) below. This is a universal tune that anyone can connect to, so I hope you enjoy it as much as we do!